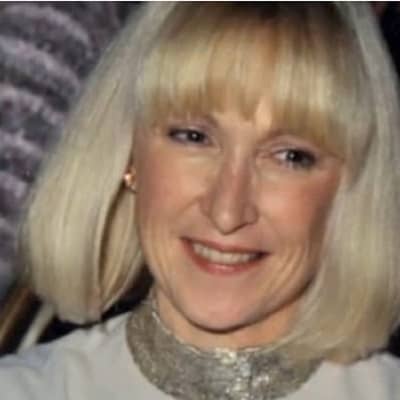 Astrid Menks is a married woman. She exchanged her vows with a business tycoon Warren Buffett on 30 August 2006 maintaining the wedding quite low profile.

Their wedding was presided over by Judge Patricia Lamberty, at their house in Omaha.

Astrid Menks is a Latvian-American philanthropist. She is best known as the wife of an American business tycoon Warren Buffett.

This philanthropist was born in 1946 in Latvia. She belongs to Caucasian descent.

Details about her father, mother, education, and siblings as she likes to keep her personal life far from the media.

After spending her childhood in home country Latvia, Astrid Menks moves to the United States to pursue her career. Especially, she worked as a bartender and a waitress at a French cafe which was also an upscale night club in Omaha.

This was the place when she first met Warren’s first wife Susan Thompson (Susie). Susan used to work as a singer in that same place. Because of Susie’s friendly behavior with her working staff, Menks’ and Susie developed a good bond and became best friends.

Afterward, Susan moved to San Francisco to developed her further musical career and told her friends to take care of her husband. Astrid used to make soup for him and take him home. From this time, Buffett and she developed a close bond. This was a part of their first courtship.

Despite having an affair with Warren, she respected the marriage relation between Susie and Buffett. She and Susan had an agreement to share with him and still be best friends.

Afterward, Warren appeared in functions holding both Susan and Menks’ hands together. She used to take care of family and home, and Susie opened a charitable foundation.

Susie passed away in 2004, and Astrid continued to take over her charity foundation. She loves antique things and known as an antique collector. She is an animal lover and also contributes to the local zoo.

The salary of Menks is under review. Meanwhile, according to some sources, she along with her husband Warren has a net worth of $83.4 billion as of 2020.

There is no rumor and controversy of Menks. Meanwhile, she has managed to keep herself out of any rumor and scandal. She is doing well in her career.

She is not active on social media including Facebook, Instagram, and Twitter. Astrid loves to spend her quality time with family and she is a very interesting person.

You may also read Kat Cunning and Laurene Powell Jobs.

Five Facts You Did Not Know About Warren Buffett’s Wife Astrid Menks!

Warren Buffett’s Berkshire Hathaway Company makes a huge profit! Learn about Warren Buffett, his prostate cancer, and how he battled it bravely!