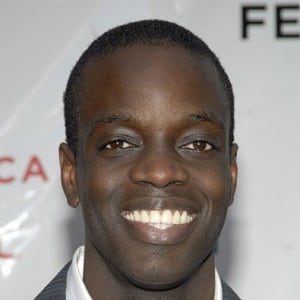 Ato Essandoh has kept his personal life away from the media spotlight. There are no records available about his past relationships. At present, he is believed to be single.

Ato Essandoh is an American actor. People mostly know him for his role as D’Artagnan in the movie ‘Django Unchained.’ Additionally, he has also appeared in several other movies and television series including ‘Blood Diamond’, ‘Roger Dodger’, and ‘Altered Carbon’ among others.

Ato was not that interested in acting as a child. He is of American nationality. Furthermore, he belongs to the African-American ethnic background.

Talking about his education, Essandoh attended New Rochelle High School and graduated in 1990. Additionally, he later received a B.S. in chemical engineering from Cornell University. Furthermore, he also studied acting at the Acting Studio in New York City.

Essandoh was initially dared by his college sweetheart to perform in a play. This was the stepping stone for Ato in his acting career. In 2001, he appeared in the TV series ‘Third Watch’ as a bike messenger. Additionally, in the same year, he also had roles in ‘The Experience Box’ and ‘The Accident.’ In 2002, he had a minor role of a bouncer in the movie ‘Roger Dodger.’ Since then, he has appeared in several other movies and television series. All in all, he has over 50 credits as an actor.

Essandoh has not been linked with any award nominations in his career.

Essandoh has not revealed his current salary. However, he has an estimated net worth of around $ 2 million at present.

There were several false rumors which suggested that Essandoh died while filming ‘Django Unchained.’ Furthermore, Ato has not been part of any notable controversies in his career. At present, there are no rumors concerning Essandoh and his career.

Talking about his body measurement, Essandoh has a height of 6 feet 3 inches (1.91 m). Additionally, his hair color is black and his eye color is dark brown.