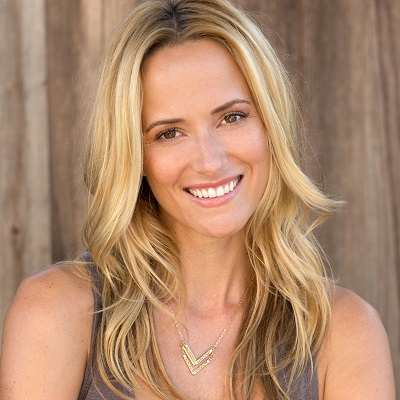 What is the relationship of Audra Marie?

Previously, she was engaged to Joe Manganiello. Her ex-fiance is an Actor and Producer. The couple got engaged to each other in October 2010. Later, they called off their engagement after a year in October 2011.

Who is Audra Marie?

American-British Audra Marie is an actress, model, and businesswoman. Audra Marie is renowned as Angela of Method and Jessica of Rules of Engagement.

She is the founder and creative director of the fashion accessories brand, BELLA NōMAD.

Audra Marie was born on 10th July 1982 in Fountain Valley, California, USA. However, she was brought up in England. She is of British-French ethnicity.

To date, she has not shared any details on her family background including her mother, father, and siblings. Also, details on her academics are not available.

She stepped into the modeling world as a model. At the time, the modeling agency, NEXT Model Management scouted her. After that, she got featured in various magazines like Cosmopolitan and Elle as a mode.

Also, she has presented fashion brands like Halston’s fragrance, Unbound. Besides that, she has worked in the ramp for several designers including Michael Kors and Alaia.

Apart from being a model, she is also an actress. As an actress, she has made her appearance in the TV series, Workshop, Secret Girlfriend, and The Tonight Show with Conan O’Brien.

Except for modeling and acting, she had hosted the TV series, WTFark! and Nub TV. Also, she runs the fashion brand, BELLA NōMAD as a founder and creative director.

Besides that, as a model, she makes in the range of $22k – $201k. Apart from that, she also earns through her own business venture, BELLA NōMAD.

Audra Marie has brown eyes with blonde hair. She stands at a height of 5 feet 9 inches and weighs around 58 kg.

To date, she has not been through any sort of controversy and scandals that created headlines in the media. Besides that, she has managed to maintain distance from any type of rumors.