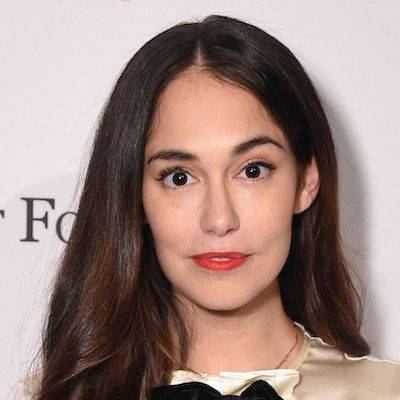 Audrey Gelman is a married woman. She exchanged vows with Ilan Zechory in April 2016. Her husband has co-founded a digital media company named Genius.

After three years of marriage, in Sep, this couple welcomed their first child. But his/her name is not disclosed.

Previously, Audrey has dated a photographer. His name is Terry Richardson and they started dating in 2011. But in 2013 they went separate ways.

Who is Audrey Gelman?

Audrey Gelman is an American businessperson. She is also a political staffer and has founded a social hub called The Wing.

She was born in 1987 in the USA but her full birthdate is unknown. The name of her father and her mother was Irwin Gelman and Lisa Spiegel respectively.

Her mom was a psychologist while her dad was a microbiologist.

Audrey’s ancestry is Ashkenazi Jewish and talking about her academics, she attended the Lab School and Bard High School in New York City.

Then she went to Oberlin College and New York University. From the latter, she achieved her bachelor’s degree in political science.

Audrey Gelman served in the 2008’s Hillary Clinton campaign for U.S. presidential election. She was also a communications director for Scott Stringer.

She then appointed in the SKDKnickerbocker in the year 2013. After three years, along with Lauren Kassan Audrey founded a women’s co-working space which is named The Wing.

Its head office is in New York and has 11 branches in different areas. For her works, Audrey was titled with several titles. Some of them are,

After The Wing’s establishment, a man cased a lawsuit against the firm on the grounds of gender discrimination. Besides requesting the dismission of the case in June 2019, it is still pending.

Moreover, Audrey’s resignation from the CEO post of The Wing is one of the media’s highlights in June 2020. Many past and present staffs have complaint against racism in the office.

This became one of the reasons for her to step down from her post.

Regarding Audrey Gelman’s body features, her height is 5 ft 5 inches and her body weight is 47 kg.

Moreover, her eyes are dark brown, her long hair is dark brown, and has a medium skin complexion.

Audrey is available on social sites. Her Instagram and Twitter are followed by over 105k and 31k followers respectively.