Actor Audrey Loggia was married to the late Robert Loggia. 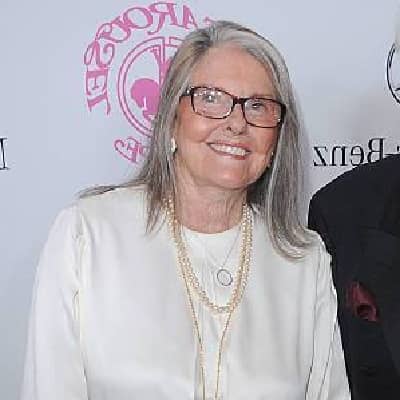 Audrey Loggia is a widow.

She was married the late Robert Loggia who was an American actor and director on December 27, 1982. She was the second wife of Robert Loggia.

Robert has three children from his previous relationship. A son named John Loggia and two daughters named Kristina Loggia and Tracey Loggia. The couple was together until Robert’s death.

She was married to Donald Lyons Marlette. They married on June 8, 1963.

She has a daughter named Cynthia Marlette with Donald. However, they divorced in 1975.

Who is Audrey Loggia?

Audrey Loggia is a Producer, Actress, and Business executive. She is known for Hit and Run (2012), Adopt a Sailor (2008), and Over the River and Through the Woods.

Audrey was born in Tacoma, Washington, USA on September 29, 1936. Her birth name was Audrey O’Brien. As of now, she is 84 years old. She holds an American nationality and her ethnicity is Caucasian.

Besides, her parent’s information, childhood, and educational background are also unavailable.

Audrey appeared in the role of a woman in Columbus circle in the film Adopt Sailor. She is the co-producer of the film Hit and Runs released in 2012.

Besides, she gained fame in the media as the second wife of the late Robert Loggia. Robert Loggia was a famous Actor and Director. He was also nominated for the Best Supporting Actor in the Academy Award for Jagged Edge (1985).

Audrey never revealed her exact income and net worth so, the information is not available. Talking about her husband’s net worth, Robert Loggia estimated net worth is around $10 million approximately.

There is no information available regarding her any controversy and rumors.

Audrey’s lots of information are under review so, regarding her body measurement also behind the curtains. However, her hair color is grey and her eye color is light brown.