August Alsina is an American recording artist from New Orleans.

August Alsina was previously involved in a relationship with model Analicia Chaves in April 2014.

He was also linked romantically with Nicki Minaj at one point in his career.

At present, August is believed to be single. 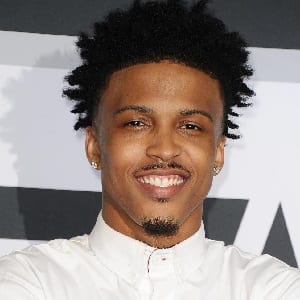 Who is August Alsina?

August Alsina is an American recording artist from New Orleans. People mostly know him for his single ‘I Luv This Shit’ with Trinidad James.

Additionally, he released his studio album titled ‘Testimony’ on April 15, 2014.

Alsina was born as August Anthony Alsina Jr. in the United States on September 3, 1992. He was born to parents, Sheila Alsina and August Alsina Sr.

Additionally, his childhood was rough as both his father and stepfather battled crack cocaine addiction. Later, his mother moved him to Houston, Texas. Eventually, he was kicked out after he had disagreements with his mother.

His brother Melvin La’Branch III, was shot and killed on August 31, 2010. August is of American nationality. Furthermore, he belongs to an African-American ethnic background.

August Alsina initially released his mixtape ‘The Product’ in April 2012. In addition, he released a second mixtape titled ‘The Product 2’ in May 2013. August released his EP ‘Downtown: Life Under the Gun’ on August 20, 2013. Since then, he has released several other mixtapes and albums.

Additionally, he released his first album ‘Testimony’ in 2014, and his second album ‘This Thing Called Life’ was released in 2015.

Alsina’s second album debuted at number 14 on the Billboard 200. Furthermore, currently, he is working on his third studio album. His music falls into the Alternative R&B category and his musical influences are Lyfe Jennings and Usher.

Alsina won the BET Award in 2014 in the category of Best New Artist. Additionally, he has received other four nominations for the award.

Alsina has not revealed his current salary. However, he has an estimated net worth of around $ 4 million at present.

Alsina became part of a controversy after he claimed that Def Jam was holding his album hostage. At present, there are no rumors concerning August and his career.

Talking about his body measurement, August Alsina has a height of 5 feet 11½ inches (1.82 m). Additionally, he weighs around 75 kg. Furthermore, his hair and eye color is dark brown.

In addition, he has over 6M followers on Instagram. Similarly, his Facebook page has more than 2.8M followers.