Skip to content
Married Biography
Married Biography / Entertainment / Aussie actress Yvonne Strahovski is pregnant with her husband, Tim Loden! She shared a picture of her with baby bump on Instagram

Updated On November 3, 2020 | In Child , Pregnant , Relationship
Share this 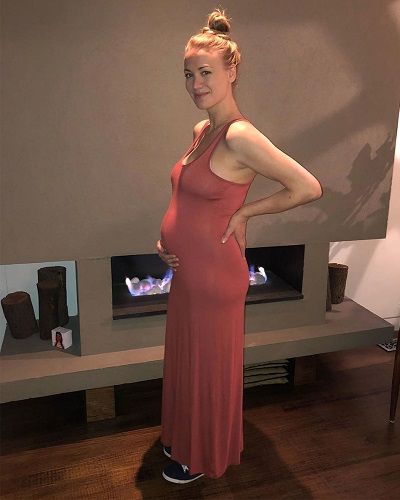 I am very excited to finally be able to share my special news – I’m going to be a Mama! ❤️ So very exciting to watch & feel this little Peanut growing every day! ❤️❤️❤️

CIA Agent, actress Yvonne is expecting a child with her actor husband, Tim Loden. She revealed her pregnancy on her social media handle, Instagram on 11 May 2018 with the caption,

“I am very excited to finally be able to share my special news – I’m going to be a Mama! ❤ So very exciting to watch & feel this little Peanut growing every day! ❤❤❤”

This is the couple’s first baby and they are quite excited about the whole process.

The couple met on the sets of the TV series, Chuck and they started dating but secretly and revealed it in the year 2009.

Update: Yvonne welcomed a baby boy in October 2018. The name of her son is not revealed yet.

The Handmaid’s Tale actress Yvonne Strahovski secretly wed her husband, Loden in 2017 summer which she revealed in September 2017.

After getting married, she surprised her fans and followers. When asked about her marriage memories on the Emmy Awards red carpet, she shared,

“We ended up jumping in the lake in our suit and gown, it was ridiculously hot. But we had a great time.”

“We all made it through and did some dancing. It was fantastic.”

In April 2017, Strahovski shared with the audience that she was delaying her pregnancy because of her work commitment. Her role as Serena Joy on her television series, Hulu was the work due to which she was not conceiving the baby.

In an interview, she said,

“[The role] hasn’t put me off at all, it’s definitely something I want for my future. [Serena Joy] has made me wary of starting that process. I just always imagine if I have a child at work – screaming at people or throwing things around – how on earth will that affect something growing inside of me?”

You may like to read Karlie Kloss is pregnant! It is her first child with Joshua Kushner!

Yvonne Strahovski has had few affairs in the past. Her ex-boyfriend’s name is Josh Schwartz. Josh is a writer The couple after dating for some time they started having differences and separated.

After Josh, she gave second chance to her love life. In 2006, she was in a relationship with Matt Dorgan, who is an Australian actor. The couple met each other on the sets of ‘The Plex’. They were in a relationship for a couple of years then separated.

Also read Adele and rapper Skepta: Are the two dating?

Yvonne Strahovski is an Australian actress and model. She is a talented actress and well-known in Hollywood for her aptitude and hot and stunning beauty. She is popular for her role as CIA Agent Sarah Walker in NBC television series Chuck. She was listed as FHM’s 100 sexiest women in the world in the year 2011. More Bio… 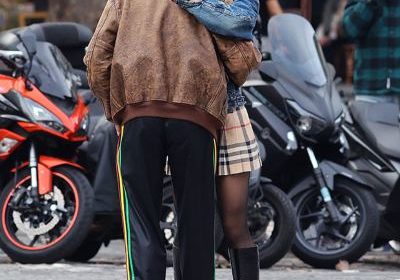