Austen Rydell is an actor and president of Entertainment of Morning Moon Productions. Austen is engaged and a father of one. 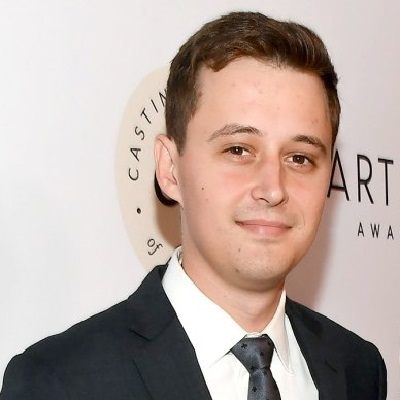 Austen Rydell is engaged to Billie Lourd in June 2019.

It is pretty much unclear how the couple met each other. However, they have been in each other lives since 2015. On 22nd October 2015, Austen posted their first picture on Instagram along with their friends. The couple has been dating each other for five years.

Last, on the 9th of August 2019, he wished the anniversary to Lourd via Instagram post. On 26th June 2020, the couple got engaged to each other. Three months after that, the couple welcomed their son, Kingston Fisher Lourd Rydell.

Who is Austen Rydell?

American Austen Rydell is an actor and producer. He is renowned as the president of Morning Moon Productions.

Austen Rydell was born on 3rd April 1992 in Los Angeles, California, the United States in a showbiz family. His birth name is Austen Christopher Rydell. He is of Swedish ethnicity with Latin roots.

His father, Christopher Rydell is an actor by profession. Also, his grandparents, Mark Rydell and Joanne Linville come from the same industry.

Growing up in a family of the actors and directors, he was inclined towards the acting industry. At the age of 12, he started his acting career. His grandmother, Joanne was the one who coached him.

Moving toward his academics, In 2010, he attended the New York University. In 2012, he graduated from the university with Honors in Fine Arts majored in Theatre.

Before joining the university, Austen Rydell started his career with the fashion house, HOORSEN BUHS LLC as an executive assistant. After one year, he left the fashion house and joined the Street League Skateboarding as a digital marketing manager.

Following that, he joined the SBE Group as Transportation Security Administration. At the time, he used to manage the VIP and their group within the nightclub, Also, he was responsible to provide the High-end customer service.

Later, in June 2014, he co-founded the fashion house Live On arrival based in Bali, Indonesia. Later, in September 2016, he joined the Crowfood as the chief operating career.

As the director, he used for expanding the sales volume and profit for the brand. Also, he was responsible to implement the marketing strategies and analyze the result.

Besides all this, he is an actor. In 1999, he entered the entertainment industry with the movie, Kimberly as a Boy in Toystore. Following that, he appeared in the shorts like Millie and Jerry, James Dean, and Unfabulous. Currently, he is working on his upcoming short, The Mensch as a producer. The movie is on the verge of post-production.

As of 2020, he has an estimated net worth of $3 million. His earnings as president of Morning Moon Production are in the range of $76k to $329k.

Besides that, as an actor, he makes in the range of $21k to $215k. Apart from that, he also makes through his production career too.

Austen Rydell has brown eyes with brunette hair. He stands at a height of 6 feet 1 inch and weighs around 75 kg.

Talking about his appearance, he has a charming persona with an oval-shaped facial feature. Also, he likes to clean-shaved.

As of now, he has not been through any sort of controversy and scandal that created a buzz in the media. Besides that, he has managed to maintain distance from any type of rumors.