Austin Butler is an American actor, model. Austin is not dating anyone after the breakup with actress Vanessa Hudgens. 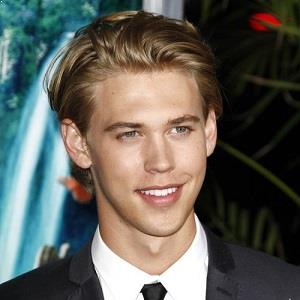 [on joining the cast of Zoey 101 (2005) in the 4th season] I thought coming into the show so late would make me somewhat of an outsider, but everyone was so nice, and the cast was so welcoming, that I felt right at home. I had such a great time with everyone on set.

The people who support me are so great! They all say such nice things that make me feel really great. I love it when people compliment me on the way I act, because it is not an easy thing, and there is so much criticism out there.

I would love to work with Leonardo DiCaprio, Will Smith, and Philip Seymour Hoffman.

Butler was initially involved in a relationship with American actress Cody Kennedy during 2007.

Later, Austin Butler dated Vanessa Hudgens in 2012. Butler and Vanessa met through Hudgens’ BFF, Ashley Tisdale. There were rumors of their engagement as well in 2017, but the rumors were false. However, the couple split in January 2020 after eight years of affair. The reason of their break up is said to be because Hudgens wanted to get married but Ashley was not agreeing with the decision.

Who is Austin Butler?

Austin Butler is an American actor, model, and musician. People know him for his roles in ‘Zoey 101’, ‘Switched at Birth’, ‘Ruby & The Rockits’, ‘Life Unexpected’, and ‘The Carrie Diaries. He currently portrays Wil Ohmsford in ‘The Shannara Chronicles.

Butler was born on August 17, 1991, in Anaheim, California, to Lori Anne (Howell), an aesthetician, and David Butler. He used to enjoy movies of all types even as a child. Currently, he is 30 years old.

When he was 13, a representative from a background-acting management company approached him while visiting a fair.

This helped him get started in the entertainment industry. He really enjoyed it and began taking acting classes. Additionally, he has an older sister named Ashley.

He is of American nationality. Furthermore, he belongs to a mixed ethnic background of English, 1/8th Finnish, smaller amounts of Northern Irish, Scottish, and Welsh.

Talking about his education, Butler attended public school until the seventh grade after which he was homeschooled for three years and took the California High School Proficiency Exam (CHSPE) in tenth grade formally completing his high school education.

Butler initially worked as an extra on TV shows until 2005 when he landed a role as a background actor on ‘Ned’s Declassified School Survival Guide’. In 2007, he guest-starred in the Disney series ‘Hannah Montana’ as Derek Hanson, and also appeared in an episode of the series ‘iCarly’ in the same year.

Later, he landed a recurring role in the Nickelodeon/Family show ‘Zoey 101’ and appeared in an episode of ‘Out of Jimmy’s Head’ in 2008. Since then he has appeared in multiple series and movies including ‘Aliens in the Attic’, ‘Ruby and the Rockits’, ‘Life Unexpected’, ‘Wizards of Waverly Place’, ‘CSI Miami’, ‘The Defenders’, ‘Sharpay’s Fabulous Adventure’, ‘Switched at Birth’, ‘The Bling Ring’, ‘Are You There, Chelsea?’, ‘The Carrie Diaries, ‘Arrow’, ‘Yoga Hosers’, and ‘The Intruders’. In 2016, he started playing the role of Wil Ohmsford in the MTV series ‘Shannara Chronicles’.

Additionally, Butler has also multiple songs to his name including performances on ‘iCarly’ and ‘Ruby and the Rockits’. He garnered the nomination for the Young Artist Awards in 2010 and 2011.

Butler has an estimated net worth of around $4 million at present according to the sources. He has not revealed his current salary.

Before his relationship with Vanessa Hudgens, Butler was rumored to be dating Cody Kennedy in 2007. At present, there are no rumors concerning Butler and his career.

Furthermore, Austin became part of a controversy after he and Hudgens were under investigation for allegedly carving their names and a heart on a rock in Arizona’s Coconino National Forest. There was also a rumor that suggested that Butler might be engaged with Vanessa.

Talking about his body measurement, Butler has eye color is blue hair color is blonde. He has a height of 6ft. 0 inches. Additionally, he weighs around 68 kg or 150 pounds.