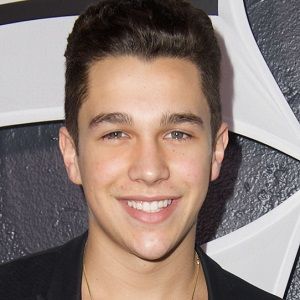 I think that it's important to have good people around you, like my friends

Music is my life. I love doing it, so I just do it nonstop all day. And with dancing, I wanted to put on a show for people. I don't want to just be sitting there doing nothing, so that's when I started to dance

Tall and handsome, Austin is single.

Prior, he was dating Katya Henry since Dec 2015. But the news of their break up came in February 2017.

Previously, he has been in the relationship with Camila Cabello in 2014, Becky G in 2013 and Stefanie Scott in 2012. He is not associated with divorce case yet.

Who is Austin Mahone?

Austin Mahone is an American singer and songwriter. He well knew for his extended plays “The Secret” and also for his role in films “Big Time Rush”,”The Millers”, “Fashion Police”. Currently, he has signed to Young Money Entertainment and Cash Money Records.

Austin was born to Michele Lee(mother) and Charles Edgar Mahone(father) on April 4, 1996, in San Antonio, Texas, U.S.A. His nationality is American and belongs to Mixed (German, English, Slovak, and French) ethnicity. Furthermore, he has a younger sister, Mackenzie Mahone.

He was only one and half years old when his father died and was raised by his mother. His mother used to work as a mortgage banker, however, she after Austin started gaining fame she had to quit her job. She then worked as her son’s manager. He was highly encouraged by his mother to secure his career in the singing field and he was also highly interested and dedicated.

Talking about his educational background, he attended Lady Bird Johnson High School for only a year as he had to drop from the school because of his status. Later, he was homeschooled at his grandmother’s house.

Austin began his singing career by posting a video on YouTube in 2010. He posted a video covering Justin Bieber’s “Mistletoe” in 2011. His debut extended play Extended Play was released in 2013.

His mixed tape titled This Is Not the Album was released in 2015. He is also an actor and made his debut in T.V in 2013 and appeared in Big Time Rush. He was highly popularized after appearing in web shows titled Austin Mahone Takeover in 2012.

His extended play titled The Secret was released in 2014 which gained huge popularity. In 2014, he has won the Instagram award and also nominated for Best Fan Army Award. He released his song titled “What About Love” in June 2013 for which he won Artist to Watch Award.

He is also the winner of Breakout Artist and nominated for Social Media Superstar in 2014.

Austin Mahone: Salary and Net Worth

It is said that he makes a handsome amount of money from his different work raising his net worth to $5 million dollars.

Once there was a controversy regarding his video for the track “Send It”. In the video, we can see a girl taking sexy photos and lyrics seems like convincing a girl to send nude photos.

Austin, when queried, admitted that he has seen her video Havana. Austin further commented on it:

“I thought it was really cool. She did a little acting in there, which was dope. She looked really beautiful as well.”