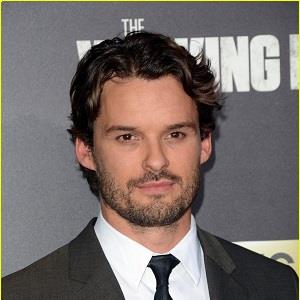 I believe in the healing power of the arts, and whenever anyone can bring art into anyone's life, it's a special thing

On Saturday mornings, because I'm surfing a lot for the part in 'John From Cincinnati,' I'll get up about 5:30 A.M .and go to Malibu and surf. There's something very therapeutic and healing about it

I've watched directors since my very first day of acting because I knew I wanted to direct.

Austin Nichols is an unmarried actor until now. He has been in a few relationships in his life. During his early career days, he dated Claire Oswalt.

He began dating One Tree Hill co-star Sophia Bush in 2009. The couple broke up in 2012. After that, he began dating beautiful American actress Chloe Bennet in 2013.

After four years of their affair, the couple broke up in early July of 2017. Austin is single at the present time.

There were rumors that he was having an affair with Amber Heard in 2008.

Who is Austin Nichols?

Austin Nichols is an American actor and director. He is widely popular for his role as Julian Baker in The CW drama series One Tree Hill (2008-12).

He is also popular for his roles in the films The Day After Tomorrow (2004) and Wimbledon (2004). Nichols portrays the character Sam Loomis in the series Bates Motel since 2017.

Talking about Austin Nichols’s early life, he was born on 24 April 1980. He spent his childhood in Ann Arbor, Michigan, USA. His birth name is Austin Don Nichols. Talking about her family, he is the son of Kay Nichols and David Nichols. His father David is a radiologist.

His mother was a professional trick water skier. He has one older sister named Ashley Nichols. His nationality is American and belongs to the mixed ethnicity of Dutch, English, Swiss-German, German, Irish, Scottish, and Welsh.

Austin grew up near Lake Austin where he attended Casis Elementary School for his education. After that, he enrolled at McCallum High School.

He attended the University of Southern California for higher-level education. He graduated from USC in 2002 with a Bachelor of Arts degree in English.

He initially wanted to become a professional water skier. However, he was forced to give up the sport due to serious shoulder injuries.

Austin Nichols began his acting career in 1999. His first acting role was as Seth in an episode of the series Sliders. He then had guest appearances in Sliders, Odd Man Out, CSI: Crime Scene Investigation, Family Law, Watching Ellie, and Wolf Lake. He got his breakthrough in 2002 when he appeared as Brenda Chenowith’s lover in two episodes of the series Six Feet Under.

After that, he played the lead character Justin Mathers in the movie The Utopian Society (2003). The following year, he played the character J.D., an intelligent rich kid, and romantic rival to Jake Gyllenhaal’s main character in the blockbuster movie, The Day After Tomorrow (2004). That same year, he appeared in Wimbledon opposite Kirsten Dunst and Paul Bettany.

Since 2017, he appears as Sam Loomis in the American psychological horror drama television series Bates Motel. He has a net worth of $4 million. Information about his salary is not known till date.

In mid-2007, Austin was pulled over in Jackson, Michigan by a cop after driving the wrong way down a one-way street in his silver Mercury Mountaineer.

His blood-alcohol level was reported to be 0.10. He was then subsequently arrested for driving under the influence. Currently, there are no rumors of his personal life and professional career as well.