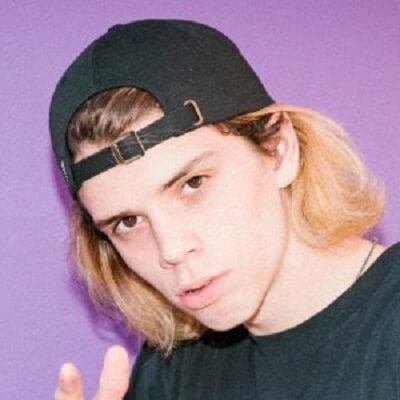 What is the relationship of Austin Porter?

Austin Porter is currently in a relationship. He is dating Ansley Mitchell. The couple started dating in 2018.

From their relationship, they have a son named Thodore Hudson William Porter who was born on May 28, 2020. The birth came as a surprise to all his fans as he and Ansley had not dropped a single clue about their pregnancy.

Who is Austin Porter?

Austin Porter is an American singer and dancer. He is famous as a part of the boy band, ‘PRETTYMUCH’.

Austin Porter was born as Austin Dale Porter on August 14, 1997, in Charlotte, North Carolina, the United States of America. As of 2022, his age is 25. He was born to parents Bill Porter (father) and Tina Porter (mother). Austin is the middle child of three sons. He has an older brother named Mason and a younger brother named Ryan.

He spent his childhood days with his two siblings in the town of Mount Pleasant. At the age of 10, he started hip-hop dancing, and playing the drums. Moreover, he also used to perform alongside his mother in church. At the young age of 14, he started pursuing recording and songwriting.

Austin Porter started dancing and singing from a young age. At first, he was more interested in hip-hop music but as he grew up, he got more interested in R&B and pop music. Soon, he started writing songs and uploaded covers on the internet.

Porter released his first album on December 7, 2013, titled, ‘One Love’ with Hypnotic Melodies Entertainment label. The album had ten tracks including ‘One Love, ‘Woyo’, ‘Look Into Your Eyes, ‘Out By The Ocean’, ‘Dreamers’, ‘Turn It Up, ‘Be Together’, and ‘Don’t Stop The Music.

In addition to his own songs, he has uploaded covers of songs by Ariana Grande, Adele, and Owl City.

Simon Cowell recognized his talents and formed a band called ‘PRETTYMUCH’ with him and four other members, Brandon Arreaga, Edwin Honored, Nicholas Mara, and Caleb Kuwonu in 2016. On April 19, 2018, the band released their first project, an extended play titled ‘PRETTYMUCH’. They went on to release two more EPS, ‘Phases-EP’, and ‘INTL: EP’. Moreover, they have also released eighteen singles, and fifteen music videos including ‘Would You Mind?’, ‘Teacher’, ‘On My Way, ‘Blind’, ‘Open Arms’, ‘Love’, and more.

Porter stands at a height of around 5 feet 10 inches and weighs approximately 63 kg. His hair color is dark brown and his eyes are also brown in color. However, he likes to dye his hair blond.

The PRETTYMUCH member has not been involved in any controversies. He has been able to keep himself away from any type of controversy and scandal. So far, he has not done anything controversial in his career. He has kept his profile clean and has simply focused on her career and personal life.

Being this successful at a young age, he also has a lot of haters who try to drag him down with false rumors. But since the rumors have no truth behind them, they are rarely talked about. Austin also distances himself from this negativity and doesn’t involve himself in it.

You may also like to read the Bio, Career, Relationships, Net Worth,  and more about Torrey DeVitto, Tiffany Coyne, Calum Best, and more.