Actor Austin Stowell is not dating anyone presently.

Austin Stowell’s current status is single. He is not in a relationship with anyone. This outgoing actor loves spending time with his Spinee, a labrador retriever.

Previously he was dating Nina Dobrev, a Bulgarian actress.

The couple shared a total of 7 months of a relationship. It is said that they split up in February 2016, because of their busy schedule. 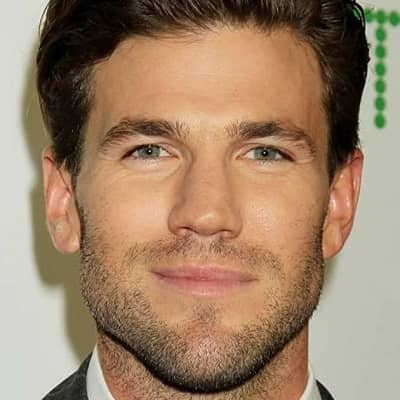 People think of the military as being about guns and fighting wars, but it's really about service to country and community

I would say I don't like people who are really into themselves or are very materialistic. Just always talking themselves up. Not being real is the pet peeve. Be true to yourself

Mom : HeroOne in the same. Here’s to you mom and all the other strong, patient, loving ladies out there keeping their sons, brothers, and dads together.

Who is Austin Stowell?

Austin Stowell is an American actor. He is known for his role as Kyle Connellan in Dolphin Tale and its sequel Dolphin Tale 2 and as Francis Gary Powers in Bridge of Spies.

Austin Stowell is born on December 24, 1984, in Kensington, Connecticut, USA. He is 36 years old. His nationality is American and his ethnicity is English.

Austin is the youngest son of two elder brothers. His father, Robert is a retired steelworker, and his mother, Elizabeth, is a school teacher.

Austin graduated from Berlin High School. He had a dream of becoming an actor thus he went to study Dramatic Arts at the University of Connecticut. While studying he also performed in Connecticut Repertory Theatre and graduated with a Bachelors of fine arts.

Austin got his career break in a television series Secret Girlfriend in 2009. The same year he also worked in Secret Life of The American Teenager for its 15 episodes as Jesse.

In 2010, he got a chance to work in NCIS: Los Angeles for a single episode. His role as Kyle Connellan in Dolphin Tale was very much appreciated among his fans.

In 2013 he worked in two films Love and Horror as Dalton Joiner and Warren as Ted Gordon. 2014 had been a successful year for him, He worked in Whiplash as Ryan Connolly and the same year the sequel to Dolphin Tale was released and he was seen in the same role. Both films were successful. He also acted in the Television series Public Morals as Sean O’Bannon and Bridge of spies as Francis Gary Powers which was also very much appreciated by the viewers.

In 2016 he played in two movies Stratton: First into Action and Colossal. Austin has portrayed the character of Larry King for the movie Battle of the Sexes (2017). Besides these, his movie Horse Soldiers (2018) is in post-production.

Austin was rumored to have an affair with Emma Stone in mid-2016.

He had not yet announced his breakup with Nina Dobrev and news of his and Emma dating had become the talk of the tinsel town news.

Austin has a height of 6 ft 1 inch. His body weighs 84 kg. He has Dark Brown hair and Blue eyes.