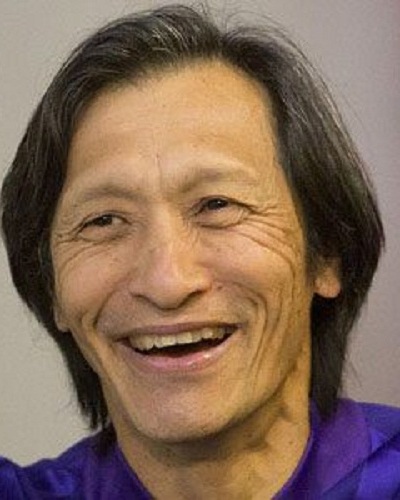 Jeff Fatt and his life before The Wiggles

Jeff Fatt, 65 is from Casino in New South Wales in Australia. His parents are Chinese and owned a large retail store in Casino.

He obtained a Bachelor’s degree in Industrial design hoping to become an architect. But destiny had something else in store for him.

Firstly, he began a public address equipment business in Sydney with his brother. He began playing the keyboard and was in the rockabilly band called The Roadmasters. Later, Anthony and Paul Field called him to join them in their band called The Cockroaches.

The Cockroaches disbanded in the early part of the 1990s. In 1991, Anthony called Jeff to help them record the first album for the children’s band called The Wiggles. Jeff had zero knowledge and zero interest in children’s songs. He was the only non-preschool teacher and very little experience in dealing with children.

“Anthony said, ‘I’ve got this idea, come down to the studio.'”

After knowing what Anthony was calling him for, Jeff replied:

“Hello, Anthony. Go away, go away. I’m not interested.”

But later, Jeff realized the magnitude of the project and how much success it gained.

“I recall after we’d written Wake Up Jeff and recorded it, Anthony said: ‘You know that this is going to have quite a lasting impact, so you won’t be able to live this down from here on’.”

“My neighbors would tell me that there would be people going past my house in the very early hours of the morning, somewhat intoxicated, calling out ‘Wake Up Jeff’!”

“The irony is that I would be away on tour most of the time. I still hear it now on sporadic occasion and have a chuckle to myself.”

They decided to each have a particular color skivvy for the second album. Murray and Anthony already chose red and blue. Hence Jeff chose purple.

“I chose purple which really suited me.”

“None of us really felt like rock stars as such.”

The Wiggles had a lot of performances in different towns and cities and have played to a crowd of up to 11k people.

Jeff Fatt and his health scare

Jeff was once driving and he felt faint. Later, he blacked out behind the wheel and hit a tree. He had to undergo heart surgery and the cardiac surgeons implanted a pacemaker into his heart.

Jeff decided to retire from the music world and handed the reins to Emma Watkins and Lachy Gillespie and Simon Pryce.

He felt that it was in the right hands and felt comfortable and easy.

Jeff is still connected with the band and is part of their board. He is a director and attends the meetings.

Nicole Kidman and Keith Urban Have One of Hollywood’s Most Successful Marriages!
Tags : Australian musician The Wiggles