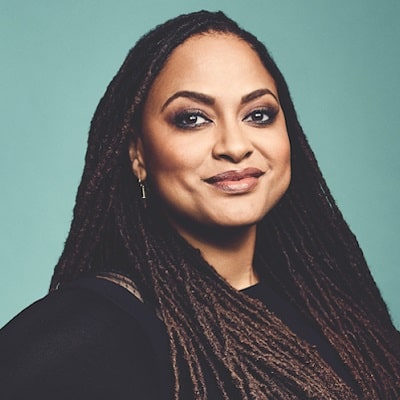 When we're talking about diversity, it's not a box to check. It is a reality that should be deeply felt and held and valued by all of us.

Apart from rumors, she has not been linked with anyone recently. She is currently living her single life. Also, she is busy in her career and hope, she will find the perfect one very soon.

Who is Ava DuVernay?

Ava DuVernay is an American filmmaker and film distributor who won the directing award for her second feature film ‘Middle of Nowhere’ in the U.S. dramatic competition at the 2012 Sundance Film Festival.

Her mother’s name is Darlene Maye and she worked as an educator while her father’s name is  Joseph DuVernay, Jr., who is also known as Murray Maye’s profession is yet to be reviewed.

DuVernay has four siblings which include two younger sisters are Jina DuVernay and Tera DuVernay and younger brothers are Kristopher Maye and Nic Maye. Her father’s childhood home was the influence behind the making of Selma.

She attended Saint Joseph High School and graduated in 1990. After that, she studied at the University of California, Los Angeles (UCLA) and double majored in English literature and African-American studies

Initially, Ava DuVernay was interested in Journalism and interned with the CBS News where she was assigned to cover the infamous O.J. Simpson murder trial. But, she started working as a junior publicist at 20th Century Fox, Savoy Pictures.

In 2013, she launched the Urban Beauty Collective which now has over 10,000 African-American beauty salons and barbershops over 16 different U.S. cities.

Similarly, Ava DuVernay has opened her own public relations firm, ‘The DuVernay Agency’, also known as DVAPR which provided marketing and PR services to both entertainment and lifestyle industries.

Moreover, she is involved in Advertising, music videos, Film distribution, TV series, and production. In addition, she is also the founder of AFFRM, the African-American Film Festival Releasing Movement. Also, she has a Barbie made after her.

She has been awarded Directors Award with Dorothy Arzner and Heineken Affinity Award.

She was rumored to be dating actor Lonnie Corant Jaman Shuka Rashid Lynn. They met for the first time on the set of Selma and later were spotted holding hands in low-key places in LA. But, the rumor has neither been denied nor confirmed by any of them.