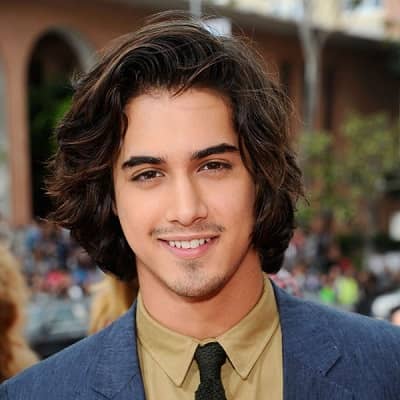 Avan Jogia is currently in a relationship. He is dating Cleopatra Coleman who is an actress. Their affair was started in 2017 and is still active.

He also dated Zoey Deutch, an actress in 2011. They romanced for over five years and were separated in 2016.

Before this, Avan was rumored of dating actress/singer Miley Cyrus. They were seen together in Nov 2010.

Who is Avan Jogia?

Avan Jogia is a Canadian-British actor. He was seen in projects like Victorious, Twisted, Ghost Wars, and Now Apocalypse.

Avan was nominated for 2013 and 2014 for a thriller TV series Twisted. His upcoming movie is Resident Evil which will be released in 2021. In this, he played the character of Leon S. Kennedy.

He was born as Avan Tudor Jogia on 09 Feb 1992 in Vancouver, British Columbia, Canada. Moreover, his father is Mike Jogia and his mother’s name is Wendy Jogia.

His dad is of Indian heritage and his mom is of English-German-Welsh heritage. So, Avan’s descent is mixed (Indian, English, German, and Welsh).

Moreover, about his academics details, he attended Killarney Secondary School.

Avan Jogia as an actor is also very successful. He was seen in many TV and movie projects. He was first seen as Danny in a TV film A Girl Like Me: The Gwen Araujo Story.

His TV appearances include,

Avan along with Heather Wilk and Andre Pochon founded the organization Straight But Not Narrow (SBNN). It was created in the year 2011 and focuses on transforming the viewpoints regarding the LGBTQ community.

He has earned an estimated net worth of $1 million as per the sources. The average salary received by an actor is around $40k.

This Victorious’s star is at present keeping himself away from rumors or any desperate scandals.

Regarding Avan Jogia’s body features, his height is 5 ft 11 inches and his body weight is 71 kg. Moreover, the color of his eyes is dark brown and he has black hair.

Avan is available on social sites. He is active on Instagram and has over 3.2m followers.