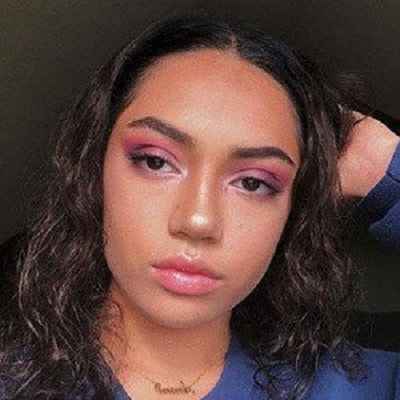 Avani Gregg is currently in a relationship. She is dating Anthony Reeves. Anthony is a TikTok star.

Avani and Anthony are very open about their relationship keep sharing their love journey via their respective social media handle.

Who is Avani Gregg?

Avani Gregg is an Amerian TikTok star who was a recipient of the verification crown and style guru badge.

Also, she is known for posting comedy, dance, challenge, transition, and other videos on her TikTok account.

Avani Gregg was born on November 23, 2002, in Indiana, the United States of America. She has not disclosed any information about her father, mother, siblings, and childhood.

Gregg holds American citizenship but her ethnicity is Scottish.

Talking about Gregg’s education history, she has not disclosed any information about the educational institutions’ names she attended.

Avani has been recognized as a famous TikTok star. She began collecting her audience on social media at the age of 14. She was very much interested in social media from an early age.

Gregg used to post videos of her amazing expressions and moves which make her fan go crazy for her. Basically, she posts a challenge, dance, comedy, transition, etc. on her channel.

Furthermore, she is also very active on Instagram and YouTube. She thought to make social networking sites to expose her talents from an early age and now, she has become successful in her dream.

According to the sources, her net worth is $200 thousand.

Avani does not like to harm others and does not want to be involved in any rumors and controversies.