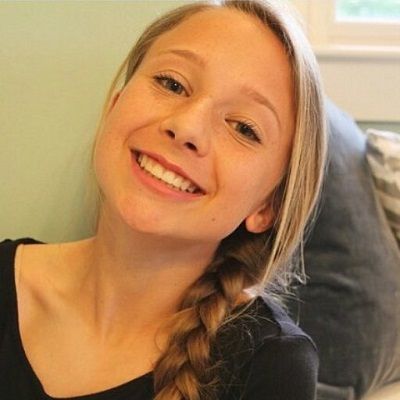 What is the relationship of Avery Christine?

Avery Christine is currently single. Avery shares a good bond with her sister.

There is no news of her past affairs as well.

Who is Avery Christine?

Avery Christine is an American YouTube star. Avery is known as a Monday vlogger for the SevenPerfectAngeles channel.

She has a self-titled YouTube channel where she posts vlogs, Q&As, and tours.

Avery Christine was born on 9th January 2001 in the United States. She has a younger sister Anna. Anna is also a vlogger for the SevenPerfectAngeles YouTube channel.

Avery first made YouTube appearance in one of the videos of her sister in SevenPerfectAngeles channel. That video was American Girl Doll Jail Break posted in January 2015.

SevenPerfectAngeles is an all-girl collaboration channel that featured a different host for every day of the week. It was also a part of the SAK’s family of channels. This channel included videos like mermaid, gymnastics and school content.

Likewise, the channel had over 3 million subscribers. Their one of the most popular video was Cool Cat and the Unlucky Mermaid. It earned more than 40 million views. However, their channel terminated in 2019.

SevenAwesomeKids is an all-girl collaboration that featured different personalities each day of the week. This channel also terminated in 2019.

Featured by other YouTubers

Avery has been featured in many other YouTuber’s videos. Some of them are It’s Avery’s Birthday and Anna is SO Jealous, Goodbye Anna and Avery!, Avery Christine Slideshow, Avery and Anna are Horrible Chefs, and Anna & Avery’s Morning Routine!