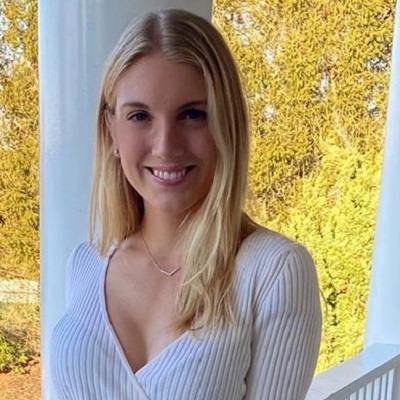 Avery Singer’s current relationship status is possibly single. Till the date, she has not revealed any details regarding her past dating history.

In the current scenario, she is focusing on her career. However, some news claims that she is connecting with small roster boys via Facetiming before the self-quarantine.

Her Instagram posts suggest that she loves dogs. Also, she shares her home space with her pet dog, Coco.

Who is Avery Singer?

American Avery Singer is a financial analyst of Neuberger Berman. She is renowned as the daughter of TV personality Ramona Singer.

Last, in 2020, she appeared in the reality TV series, The Real Housewives of New York City.

Avery Singer was born on the 2nd of May 1995 in New York City, New York to Mario and Ramona Singer.

Her father, Mario Singer is the Vice President of Classic Medallics. Her mother, Ramona is renowned as the cast of The Real Housewives of New York. They are of Jewish-Germanic ethnicity.

Her parents parted their way via a divorce in 2014 being Mario’s infidelity primary reason.

Talking about the educational background, in 2014, she graduated from Emory University in Atlanta, Georgia.

Later, in 2017, she earned a bachelor’s degree major in Economics from the University of Virginia. Also, she studied sociology at the University.

Right after graduating from Emory, Avery Singer joined The National Bank of Canada as a summer intern for three months. Later, in December 2014, she became the Campus and National Sales Manager of the University Tees for around two years.

During the University days, she was got associated with the financial services, Morgan Stanley as the Private Wealth Management intern. Moving forwards, she started working for the company as a client associate. Later, in March 2019, she left the company to join Neuberger Berman. Since then, she is serving the company as a financial analyst.

Apart from her professional career, she occasionally appeared in the series, The Real Housewives of New York City. Also, she featured the short movie, The Persian Love Cake in 2009.

Talking about the net worth, her father, Mario has an estimated net worth of $18 million.

As of now, she has managed to maintain a clear image in the media. Till the date, she has not been part of any sort of controversy that created a buzz in the media. Also, she has maintained a distance for rumors too.

Avery Singer has blue eyes with blonde hair. She stands at a decent height and average weight. However, details about her body stats are not available yet.

You may also read the bio of Peter James Hollen, Barry Weiss, and Carlin Bates.

Singer Jack Avery, 19 has become a proud father of a daughter for the first time!