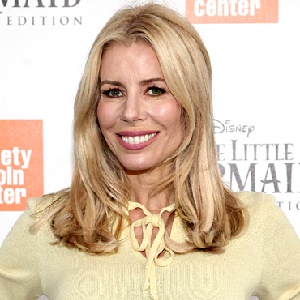 Aviva Drescher has been married twice in her lifetime. Previously she was married to her boyfriend Harry Dubin but the information regarding her first marriage has kept secret. There isn’t any record of their marriage and after some years due to some reason, the couple got separated in the year 2005.

After then, she married Reid H. Drescher who is an investment banker. The record of her second marriage is also unknown. The couple is living a happy married life without having any extra other marital affairs and rumor of separation. The couple is blessed with four children Veronica, Siena, Harrison, and Hudson.

Who is Aviva Drescher?

Aviva Drescher is a television personality best known for her appearance on Bravo’s ‘The Real Housewives’ of New York. She is also a businesswoman, philanthropist as well as a writer.

Aviva was born in New York, the USA on November 17, 1972. Her nationality is American and ethnicity is North American.

She was born to parents Ingrid Teichner(mother) and George Teichner(father). Her birth name is Aviva Teichner. She was raised in Manhattan and New York City.

When Drescher was a child of 6 years old, she lost her left leg during a farming accident. She struggled with it but didn’t let the accident win over her.

She did her schooling at Fieldston School. She graduated from high school with a 3.9 GPA which got her a partial scholarship to Vassar College. She studied Vassar College and got a degree in Bachelor of Arts.

Later, she got a Master’s degree in French from New York University and a JD from The Benjamin N. Cardozo School of Law. Drescher is the stepdaughter of Dana Cody.

Aviva Drescher began her career journey into television through a reality show ‘The Real Housewives’ of New York. After joining the reality show, she got name, fame, and fans. Since then she has been active in the acting industry for a long time.

She is active in many philanthropic activities mostly notably as National Spoke Person for One Step Ahead and for her work with Cancer Schmancer. She always teaches her children the importance of giving back.

Drescher has also written a book ‘Leggy Blonde: A Memoir’. Although being known to the world it’s quite strange when there isn’t any information regarding her on social sites.

Aviva Drescher: Salary and Net Worth

She has a salary of $200 thousand per season and a net worth of $20 million living a luxurious lifestyle.

Aviva Drescher was in a controversy when she aggressively took off her prosthetic leg and slammed on the table of New York’s restaurant saying it’s the only thing that is fake about her.


Aviva has a height of 5 feet 10 inches with bodyweight is unknown. She has blonde hair color and her eye color is brown. Her bra size is 34B. She has a well-shaped body with 34-23-33 inches. Her shoe size and dress size are unknown.