Updated On November 27, 2022 | Published By: Daniel Miranda
Share this
In Relation 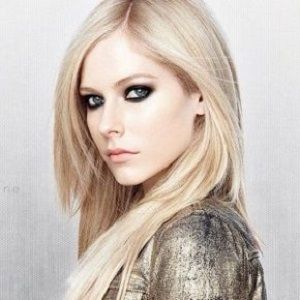 Why should I care what other people think of me? I am who I am. And who I wanna be.

Life is like a roller coaster, live it, be happy, enjoy life.

To understand me, you have to meet me and be around me. And then only if I'm in a good mood - don't meet me in a bad mood.

What is the relationship of Avril Lavigne?

Avril Lavigne has been married twice in her life. Her first husband was Deryck Whibley, a musician.

The couple began dating when Lavigne was 19 years old. The couple married on 15 July 2006 in Montecito, California. On 9 October 2009, Lavigne filed for divorce.

Their divorce was finalized on 16 November 2010. After that, she married her second husband, Chad Kroeger.

The couple began dating each other in July 2012. Their relationship blossomed after they began working together in March 2012.

Lavigne and Kroeger got engaged in August 2012. The couple got married on 1 July 2013. Lavigne announced her separation from Kroeger via her official Instagram account on 2 September 2015 and later divorced.

Besides her marriage, she has been in a number of relationships in her life. In the late 1990s, she dated footballer Blake Thompson.

Talking about her present relationship status, Avril is now in a committed relationship with Mod Sun. Mod proposed to Lavigne in Paris on April 8, 2022.

Similarly, numerous outlet reported she has a baby who was born in April 2018 but kept it a secret.

Who is Avril Lavigne?

Avril Lavigne is a Canadian singer-songwriter and actress. She is widely famous for her debut album, Let Go (2002).

She is the youngest female soloist to reach number 1 in the UK. Lavigne has sold more than 40 million albums and over 50 million singles worldwide since her professional debut.

Lavigne is the 2nd-best-selling Canadian female artist of all time, behind Celine Dion. Avril’s debut album, Let Go has sold nearly 7 million copies in the United States and over 20 million copies worldwide.

She became world-famous for her breakthrough single, Complicated, which peaked at number 1 in many countries around the world. As an actress, she had roles in Fast Food Nation (2006), The Flock (2007), and Charming (2017).

What are the birth facts of Avril Lavigne?

Talking about her early life, Avril Lavigne was born on 27 September 1984, in Belleville, Ontario, Canada.

Avril is an American by nationality and belongs to mixed(French-Canadian, English, Scottish, and German) ethnicity.

Her birth name is Avril Ramona Lavigne and her nickname is Abbey Dawn. She is the daughter of French-Canadian father Jean-Claude Joseph Lavigne and English, Scottish, and German mother, Judith-Rosanne Loshaw.

She has an older brother named Matthew and a younger sister named Michelle. Avril was diagnosed with ADHD during her childhood.

At the age of five, Avril and her family moved to Greater Napanee, Ontario. While she was at school, she was kicked out of class for misbehaving several times.

As a child, she attended Napanee District Secondary School in Ontario. She began singing at a young age and her parents supported her.

As a teenager, she performed at country fairs, singing songs by Garth Brooks, the Dixie Chicks, and Shania Twain.

At the age of 14, she began writing her songs. She wrote her first song titled “Can’t Stop Thinking About You” about a teenage crush.

Avril began her professional singing career in 1999. She won a radio contest to perform with singer Shania Twain at the Corel Centre in Ottawa in 1999. They together sang What Made You Say That.

After that, she performed at the Lennox Community Theatre. At that time, local folksinger Stephen Medd spotted her. Avril then sang on Temple of Life and Two Rivers for his follow-up album, My Window to You in 2000.

At the age of 16, she signed a two-album recording contract with Arista Records worth more than $2 million. She released her debut album, Let Go in 2002. With her album Let Go, she became the youngest female soloist to reach number 1 in the UK. The album has sold nearly 7 million copies in the United States and over 20 million copies worldwide.

Avril released her breakthrough single, Complicated in 2002. The song peaked at number 1 in many countries around the world. She then released her studio album, Under My Skin in May 2004. It was her first album to peak at number 1 on the US Billboard 200. The album has sold more than 12 million copies worldwide. She released her third album The Best Damn Thing in April 2007. Since then, she has released several singles and albums.

Since her professional singing debut, Avril has sold over 40 million albums and over 50 million singles worldwide.

She is the 2nd-best-selling Canadian female artist of all time, behind Celine Dion. She is one of the top-selling artists releasing albums in the US. Avril has been nominated for eight Grammy Awards in two years to date in her career. She was ranked #74 in the 2011 FHM list of “100 Sexiest Women in the World”.

Throughout her successful career, she has won a total of 221 awards and 301 nominations.

Avril has also appeared in several movies. She voiced the character, Heather, in the 2006 animated film Over the Hedge.

She then made her on-screen feature film debut as Alice in Fast Food Nation in 2006. Avril has also made several appearances on Saturday Night Live. She then appeared as Beatrice Bell in The Flock (2007). In July 2008, Lavigne launched the clothing line, Abbey Dawn.

Is Avril Lavigne involved in any rumors and controversies?

Many rumors about Avril made headlines in the early 2000s. Rumors were that she was dead and was replaced by a lookalike named Melissa in 2003. Many people believed the rumor and the rumor made headlines all over the world.

Rumors are that Avril and Canadian musician Chad Kroeger are dating since mid-2016. Avril is often criticized for her tomboyish style and baggy clothes.

Also get to know more about the birth facts, education, career, net worth, rumors, height, and social media of different personalities like Amanda Brown, Meghan Andrews, and Evan Dando.

Avril Lavigne is dating a billionaire! Know who is her new boyfriend?