Awez Darbar is an Indian dancer, choreographer, and TikTok. He is best known for his collaboration with Nora Fatehi for songs like Garmi and Saki Saki. He is currently dating Nagma Mirajkar.

According to some sources currently, Awez Darbar is dating Nagma Mirajkar. She is also a TikTok star.

This couple together has collaborated on many videos on TikTok. 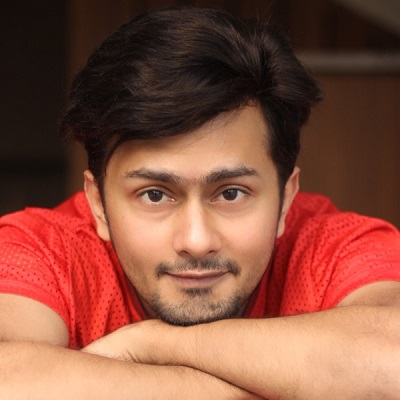 Awez Darbar is an Indian dancer, choreographer, and TikToker. He is best known for his collaboration with Nora Fatehi for songs like Garmi and Saki Saki.

This dancer was born on March 16, 1993, in Mumbai, India, and has Asian descent. He is a son of famous music composer Ismail Darbar, and Farzana Javed Shaik.

His father‘s notable works include Devdas, Hum Dil De Chuke Sanam, and Kanchi. He has a sister named Anan, and a brother, Zaid.

Zaid is often seen in Awez’s TikTok videos. As per academics, he attended St. Stanislaus High School. Darbar graduated from the University of Mumbai.

Awez Darbar joined YouTube on September 16, 2014. He has a YouTube channel Awez Darbar which has over 2.78 million subscribers.

His first video featured his dance group ‘Ace‘, that he had formed in his college days. He has collaborated with other stars-like Dhvani Bhanushali, Nora Fatehi for songs like Saki Saki, Na Ja Tu, Garmi, and more.

This personality started his TikTok career at a young age. Similarly, he has over 25 million followers and 1 billion total likes on TikTok.

He posts cute videos with his sister and mom. Awez is famous for his dance videos, lip-sync, and acting.

He is now a crowned comedian muser. The maximum likes on his videos in TikTok are over 51 million. Sometimes, he also makes duet videos with other TikTokers.

Awez also joined the famous dance institute ‘The Dance Academy of Shiamak Davar‘ a few years ago as a choreographer. In 2018, one of his emotional videos got viral on social media from which he gained some more popularity.

He is a part of NOFILTRER.GROUP on Instagram, which means he has no filter on his Instagram videos and pictures. He has appeared in several music videos like RaanJhana, and Pachtaoge.

Meanwhile, according to some sources, he has an estimated net worth of Rs. 2 crores.

There is no rumor and scandals about this dancer. Meanwhile, he has managed to keep himself out of any rumor and controversy. He is doing well in his career.

You may also read Carlos Mena, Miranda Mason, and Heir of Atticus.