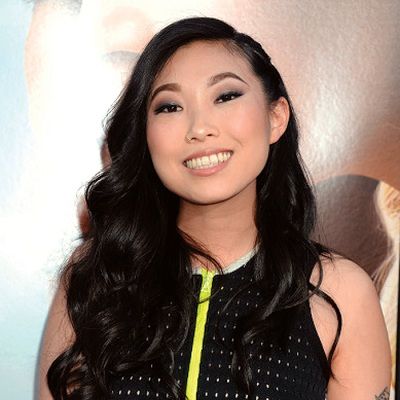 it's not something that everyone gets to do, so I feel really good about that

I'm not trying to unite Asian people with my music

You can't really label me as a musician, a comedian, or a rapper - you know, it's different.

Nora tries to keep her love life aside from the public eye and almost nothing is known about her relationship. However, in 2017 she shared that she was in love with her boyfriend for more than 4 years but wasn’t ready to start a family.

Nora Lum is popular as Awkwafina. She is an American actress and rapper. She is famous for her breakthrough roles in films Ocean’s 8 and Crazy Rich Asians (2018). Nora earned critical praise for her performance in the film The Farewell (2019).

Nora is 31 years old. She was born on June 2, 1988, in New York City, New York, U.S. Her father’s name is Wally Lum who is a service desk analyst at Cleary Gottlieb Steen & Hamilton. When she was 4 years old, her mother died and her mother’s name is unknown. She belongs to American nationality and holds to Mixed Ethnicity (Chinese/Korean). There is no information about her siblings.

Lum went to LaGuardia High School where she learned classical music, jazz and played the trumpet. She majored in journalism and women’s studies at the State University of New York at Albany. Lum attended Beijing Language and Culture University in China, where she studied Mandarin from 2006 to 2008.

Nora started raping at the age of 13. In 2012, she first earned popularity for her song “My Vag”, a response to Mickey Avalon’s “My Dick”. The music video has collected over four million views on YouTube. On February 11, 2014, her solo Hip hop album Yellow Ranger was released. The album resides of 11 tracks and includes a number of her previous singles released via YouTube, including the title track “Yellow Ranger”, “Queef” and “NYC Bitche$”.

Awkwafina was in the cast of the third season of Girl Code, appearing in six episodes of the third and fourth seasons in 2014. She served as co-host with TV personality Nessa and comedian Carly Aquilino for the spin-off titled Girl Code Live on MTV  in 2015. Nora collaborated with comedian Margaret Cho on “Green Tea”, a song that pokes fun at Asian stereotypes in 2016.

Furthermore, she has featured as Hulu in series Future Man in November 2017. On June 8, 2018, she released an EP called In Fina We Trust which consists of 7 tracks. Moreover, she starred in the film The Farewell, directed by Lulu Wang in 2019. The film’s earned critical acclaim and she played the lead role of Billi, a writer who visits her ill grandmother in China.

Her other forthcoming films include Jumanji: The Next Level, The SpongeBob Movie: It’s a Wonderful Sponge and Breaking News in Yuba County.

Nora has an approximate net worth of $4 million. There is no information on any sites about her monthly income and salary.

However, she is a popular actress, Nora has managed to stay away from rumors and controversies.

Chinese – American actress-rapper Awkwafina is happy about the increasing representation and diversity of Hollywood!