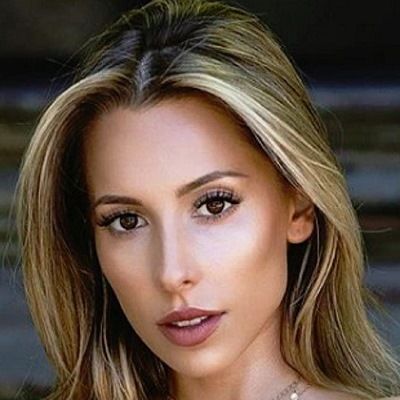 What is the relationship of Ayla Woodruff?

Ayla Woodruff is in a relationship. Ayla is dating an American Youtuber Kian Lawley since 2019. The couple is open about their relationship in their social media.

Previously, she had an affair with an actor Mackinzie Dae in mid-2013. The couple were often seen together in Ayla’s vlogs, challenges, and prank videos on her YouTube channel. However, they separated.

Also, rumors were that she dated Logan Paul in 2017.

Who is Ayla Woodruff?

Ayla Woodruff is an eminent and successful social media star and a YouTuber. She posts videos and pictures related to fashion, lifestyle, and travel among other aesthetics of life. She owns a self-titled YouTube channel.

Ayla also serves as an inspiration to many women across the globe. Her workout regime and fitness mantra are some of the reasons why Ayla is so popular on the internet.

She was born in the United States of America on August 26, 1992. Her father’s name is Brian Woodruff and her mother’s name is Diana.

She has three siblings namely, Blake Woodruff, Raina Woodruff, and Trevor Woodruff. Ayla holds American citizenship, but her ethnicity is unknown. Her birth sign is Virgo.

Talking about Ayka’s education history, she went to the Moorpark Community College, Loyola Marymount University where she did a Human Resources Management Certification course in 2015.

Then, she attended the University of California San Diego to obtain her Industrial-Organizational Psychology Certificate.

Talking about her profession, She started working as an assistant to Logan Paul, a famous YouTuber and internet personality. After working for Logan Paul for a few months, Ayla created her YouTube channel. However, she did not post anything on her self-titled channel for the next two years.

Her first video, ‘Intro to My YouTube – Ayla Woodruff,’ which justified the time taken to post, was published on May 1, 2017.

Within a year of posting her maiden YouTube video, Ayla managed to gather an impressive number of subscribers. Besides making fun, interesting videos or posts on social media, she has also honed her skills as an actress when she appeared as an extra in the 2003 comedy-drama Cheaper By The Dozen alongside her younger brother Blake and superstar Hilary Duff among others.

But unfortunately, her scripted scene was removed before the final release of the movie. She has also modeled for quite a few clothing ventures like Rivis Bikinis, Levis Jeans, Beyond Yoga Clothing, and others.

She has an estimated net worth of around $300 thousand as per 2022’s data, and she has earned that sum of money from her professional career.

Ayla has endorsed a lot of brands and products through Instagram and Youtube and other social media platforms, including brands Wildfox, LF Stores, Meskhi, Public Desire, and BandEnergy to name a few.

Ayla was rumored to be dating social media star, Logan Paul, in 2017 while she worked with him as his assistant. However, the two never spoke about anything as such.

Ayla Woodruff has a height of 4 feet 11 inches and she weighs 42Kg. Her hair color is blonde and her eyes color is dark brown.

Also get to know more about Rachel Bush, Alex Ramos, and Zoe LaVerne.

Is Kian Lawley Hinting Ayla Woodruff’s Pregnancy? Are These YouTubers Expecting Their First Child Together?