Updated On November 15, 2022 | Published By: lilly
Share this
In Relation 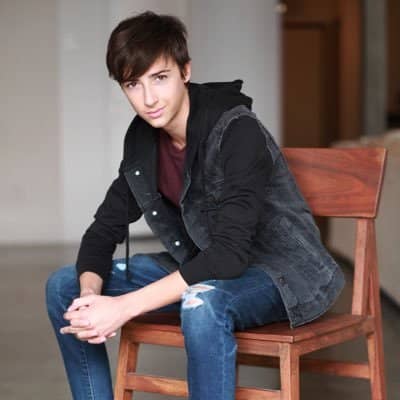 What is the relationship of Aymeric Jett Montaz?

On September 12, Aymeric went on Instagram and posted pictures of him and his girlfriend, with the caption
“Happy anniversary! 1 year! I love you so much”

Who is Aymeric Jett Montaz?

Aymeric Montaz is a French-Canadian actor best known for his role as “Jerry Baynard” in the Canadian TV series “Anne with an E”. He has also starred in TV series such as “Bellevue”, “Just for Laughs Gags”, and “Blink Twice”.

Aymeric was born on 25th October 2004 in Montreal, Quebec, Canada. His family consists of his father and mother and one sister. There is no information regarding Aymeric’s parents. However, his sister, Satine Scarlett Montaz, is also an actor.

Satine was born on 17th August 2006 in Montreal. She grew up with his brother. Satine started her acting career in 2015 in the movie “Ville-Marie”, starring alongside her brother. Similarly, she has also starred in movies like “The 20th Century”, “Racetime”, and “Generations MTL”. In 2010, she won a Joey Award for “Best Actress in a Commercial Age 10 years”.

Aymeric is a Canadian TV actor. He started his career as an actor in a French short movie called “Ne pas reculer” in 2012. He was 8 years old at this time. Aymeric took a break from the movie industry and returned back to acting in 2015. He starred in “Ville-Marie” and “Le plancher craque”.

In 2016, he was cast of American’s favorite hidden-camera prank show, “Just for Laughs Gags”. His most noticeable work yet is his role as Jerry Baynard in the Canadian TV series, “Anne”.

Jett is currently not working on any project.

Aymeric has been nominated once and won one award in his career. In 2017, he got nominated for his role in “Bellevue” for the category “Bet Principle or Guest Starring Actor in TV Series 11-12 Years”.

The same year, he won Joey Award for the category “Best Series Regular or Leading Actor in a TV Series 10-11 Years” for his role in “Anne”.

Aymeric has an estimated net worth of $1 million. According to various sources, his salary for acting in the series “Anne” is $500 thousand per episode.

Aymeric is 5feet 10inches tall and weighs around 65 kg. He has brown hair and brown eyes.