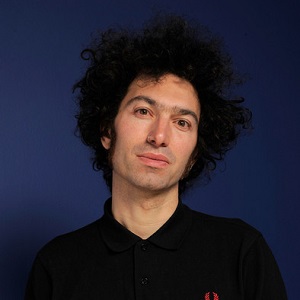 I just want to make different movies. I want them to be things that I care about and not to repeat myself

I am somebody who is fascinated with the theatrics of life, and how to represent those theatrics in a movie. For me, it's an honest way to express the fabrication that is in creating a film, the line that is drawn

I've done all the other kind of production work on films than directing really badly. That is the truth. It's made me a better director because I feel like directing is the only thing I can really do.

What is the relationship of Azazel Jacobs?

Reflecting on a personal life of Azazel Jacobs, he is possibly single. Although his career took on a successful path his love life couldn’t do so.

Previously, he was in a romantic relationship with an American actress Ali Larter in 2005. They dated for a short period of time as their relationship couldn’t last for long.

There isn’t information about him being in other romantic relationships that we know of.

There isn’t any solid proof that leads toward his married life and children. His personal life isn’t in the limelight as his career path is.

He is successfully keeping his personal life far from the tabloids. Being a celebrity, his fans are always curious to know more about him.

Who is Azazel Jacobs?

Azazel Jacobs is an American actor, film director, and screenwriter who is active in the entertainment field since 1997.

He is best known for directing and acting in the 2005 comedy The GoodTimesKid. He also wrote the independent films as Terri and Momma’s Man.

The son of experimental filmmaker Ken Jacobs, Flo Jacobs was born in New York City, New York on 12 May 1980.

He is of North American ethnicity and has an American nationality. He has a sister, Nisi Jacobs.

Jacobs seems to be a pretty private person who hasn’t revealed much regarding his personal life.

There isn’t much information regarding his early life and childhood. Jacobs studied at Manhattan’s Bayard Rustin High School.

Talking about the career journey of Azazel Jacobs, he is active in the entertainment field since 1997 and he is still active in it.

In 1997, he debuted in the entertainment field with a short film Kirk and Kerry. At the beginning of his career, he just worked on with short films gaining experience.

Then he worked on the feature film Nobody Needs to Known in 2003. In 2005, he directed as well as acted in the movie The GoodTimeKid.

In 2008, he has written Momma’s man and Terri in 2011. He has spread her wings equally at ease with both forms of media.

He wrote for the British television series Doll & Em which began airing on Sky Living in 2013 and on HBO in 2014.

Jacobs has also worked in the film The Lovers in 2017. With his multi-talented skills, he has been successful in impressing his fans and critics.

In 2012, he was included in the CinemaScope “50 Best Filmmakers Under 50”. His success in his career path has paid him well financially. His net worth varies depending on various sources so for now, we can say that his net worth has grown significantly.

Is Azazel Jacobs involved in any rumors and controversies?

He has black hair color and his eye color is hazel.

There is no information about his height and body weight.

Also get to know more about the birth facts, education, career, net worth, rumors, height, and social media of different personalities like John Landis, Jared Sandler, and Adam Sandler.