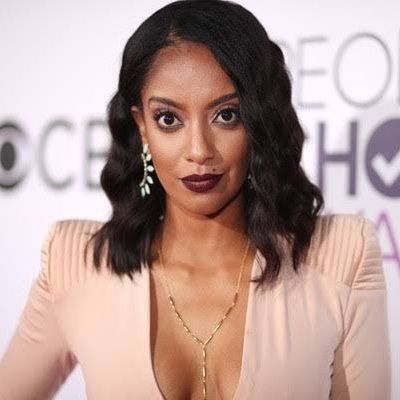 What is the relationship of Azie Tesfai?

There is no information about the relationship of Azie Tesfai. She might be in a relationship but she has not revealed anything.

So as of now she is single and not dating anyone. She is focusing on her career.

Who is Azie Tesfai?

Azie Tesfai is an American actress and entrepreneur. Similarly, she is famous for playing Nadine Hanson in The CW comedy TV series Jane The Virgin.

She appeared in 30 episodes of Wicked Wicked Games on Fox for over two seasons.

She was born on 20th December but, the year of her birth is still not revealed. It is known that she is the only child of her parents and she shares no siblings. But the name of her parents is unknown.

Similarly, she belongs to American nationality but her ethnicity is Ethiopian.

She started her career as an actress from her first role as Cherry Milton in Wicked Wicked Games on FOX. She appeared in 30 episodes over two seasons of the series.

After that, in the year 2014, Azie Tesfai was cast as recurring detective Nadine Hanson in the CW’s Jane The Virgin. Similarly, she also appeared in Season 3 of HB0’s Silicon Valley in the year 2016.

Likewise, she was cast as Kelly Olsen, the sister of DC Comics character James Olsen (Mehcad Brooks), on the fourth season of The CW series Supergirl.

Similarly, before her debut appearance in the fourth season, it was announced that she would be promoted to series regular for the fifth season.

Furthermore, she has recently done acting as a Kelly Olsen in the movie Supergirl.

There is no information about the awards and nominations of this talented actress.

As per the sources, the net worth of this actress is around $1 million as of 2022.

She might earn a huge amount of money from her career. But she has not disclosed her salary and incomes.

Azie Tesfai has a height of 5 feet 3 inches but her weight is unknown.

Similarly, her hair color is black and her eyes color is brown.

Silicon Valley has witnessed a rise in male cosmetic surgeries to look young and energetic for a career!