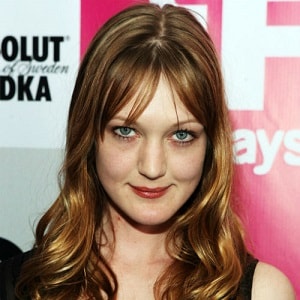 Azura Skye is currently single. Previously, she was in a relationship with Randy Spelling. The duo started dating in 2002. The couple was living their blissful life but suddenly, they decided to separate. Ther announced their separation in 2006 and the reason behind their separation is still a mystery.

After that, she has not been linked to any person and she might be searching for the perfect one. Also, she is currently busy in her career and might be focusing on her profession rather than being in a relationship.

Who is Azura Skye?

Azura Skye is an American actress who is famous for her role as Jane on The WB television sitcom ‘Zoe, Duncan, Jack, and Jane’. She also portrayed the role of Cassie Newton in the seventh season of ‘Buffy the Vampire Slayer’.

She was born on November 8, 1981, in Northridge, Los Angeles, California, USA. Her birth name is Azura Dawn Storozynski and she is currently 37 years old. She has not disclosed names of her parent but they were gemologists and named her for the semi-precious gem azurite. Her name, Azure, is a color often associated with the sky and got her stage name ‘Azura Skye’.

Her grandfather, Brad Johnson, was an actor and a real estate developer in Los Angeles and died before Azura’s birth. Azura holds American citizenship and her ethnicity is a mix of Swedish, Polish, English.

Since her family belonged to show business, she debuted her career as a  stage actress at the age of three. After that, she toured Europe at the age of 11 with the Santa Monica Playhouse theatre group.

She debuted her television role from the show ‘Total Security’ in 1997. Then, she portrayed small roles on ‘Touched by an Angel’ and ‘Chicago Hope’ and landed on a major role as Jane in ‘Zoe, Duncan, Jack and Jane’ from 1999 to 2000.

In addition, she portrayed the role of Cassie Newton in the episode ‘Help’ of the television series ‘Buffy the Vampire Slayer’ in 2002. She was supposed to play a single episode of the series but later reprised her role in the same season when Amber Benson refused to return as the ghost of her slain character, Tara Maclay and the script had to be rewritten so that Cassie’s ghost appears instead.

Azura made her minor performances as Susan Keaton in four episodes of ‘CSI: Miami’ and in movies like ‘Bandits’, ‘Red Dragon’, ‘The Salton Sea’, etc. Also, she made her appearance as Ruby Bates in the drama ‘Heaves Fall’ in 2006, Sara in ’20 Years After’ in 2007, and portrayed the major part in the American remake of the Japnese horror movie ‘One Missed Call’.

She recently appeared as Darla in the episode ‘Chapter Thirty: The Noose Tightens’ of ‘Riverdale’ in 2018, and Beth in the film ‘Alien Code’ in the same year.

The talented actress has an estimated net worth of around $1 million and she has earned that sum of money from her professional career.

She has been successful in keeping herself aside from rumors and controversies in her career.

She has a height of 5 ft. 7 inches. Also, Azura has got blonde hair and blue eyes. But, information regarding her weight, body measurement, etc. are unknown.