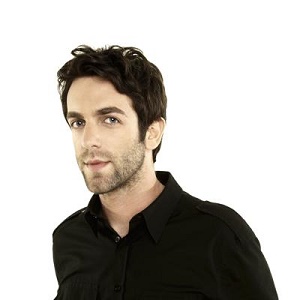 Facts of B. J. Novak

I do not have very much office experience.

I'm a believer in trusting the director.

Relationship Statistics of B. J. Novak

B. J. Novak is a respected actor, Stand-up comedian, screenwriter, author, and director of America’s best known for his work as a writer and executive producer of ‘The Office’. He is also known for graduating from Harvard University and contributing in the writing, producing and acting sector of Hollywood Film Industry.

Born to Linda (née Manaly) and a remarkable ghostwriter William Novak in Newton, Massachusetts, United States of America. B. J. Novak’s mother’s name is Linda Novak and father’s name is William Novak. He was brought up with his two younger brothers Jesse and Lev. In the same place where he was born. He is of American nationality belonging to an Ashkenazi Jews (Ashkenazim) ethnicity.

Talking about his bright educational background, he, for elementary and middle schooling, attended Solomon Schechter Day School of Greater Boston and joined Newton South High School with future Office co-star ‘John Krasinski’. After the graduation from NSHS in 1997, he applied for Harvard University and graduated in English and Spanish Literature. Being a member of the Harvard Lampoon and the Hasty Pudding Club, he wrote his honors thesis on Shakespeare’s Hamlet. Thus, B. J. Novak holds a strong educational background which supports his career to be an exceptional one.

B. J. Novak started his career as a comedian in Los Angeles, California, after his graduation in 2001 which made him successful to be enlisted in Variety’s ‘Top Ten Comedians to Watch’ in 2003. Before starting his acting career at MTV’s ‘Punk’d’, he wrote a short-lived sitcom ‘The Raising Dad’ and performed on ‘Late Night with Conan O’Brien’. He got a breakthrough when executive producer of ‘The Office’ Greg Daniels called him to be a member and promoted him as executive producer in the season 7. Apart from his writing career and his acting in Television Shows, he wrote some books including ‘One More Thing: Stories and Other Stories’, ‘The Book with no Pictures’, The Alphabet Book with No Pictures’, etc and also featured in some films like  Unaccompanied Minors, Reign Over Me, The Internship, Knocked Up, The Smurfs and Quentin Tarantino’s Inglourious Basterds, etc.

B. J. Novak’s rumors and controversy

In the current days, Novak is believed to be dating 21 years old Ceilidh Garten, Instagram Model, which is yet to be confirmed. From the confusing relationship with Mindy Kaling, Novak has moved on and now is onto someone famed for her beauty in Instagram. There was a rumor all over the internet that his parents had a matchmaking service which came out to be false in one of his interviews.

Novak is 5 feet 8 inches tall with a weight of 75 kgs. He has dark brown hair and blue eyes.

Photos of B. J. Novak