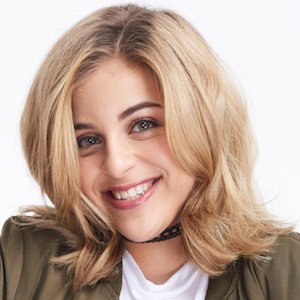 18 years old Baby Ariel is single. Previously, she was in a relationship.

She dated Zach Clayton, musical.ly star. But soon due to some differences, the couple broke up. Also, there were rumors of her having an affair with Blake Gray in 2016.

Who is Baby Ariel?

Baby Ariel is a famous American social media personality. Her real name is Ariel Martin. She is very popular on musical.ly and has 19 million followers on her musical.ly account. In 2016, she won the first-ever Teen Choice Award for Choice Muser. She was also nominated for the People’s Choice Awards for Favorite Social Media Star in 2017.

Baby Ariel was born as Ariel Martin on November 22, 2000, in Florida, United States. Her mother is Sharon Kremen Martin and her father is Jose Martin. Her little brother King Jacob also became popular on musical.ly.

She is an American by nationality and is of Native American ethnicity. She built an interest in social media stardom at a very young age and she has become a very popular personality on social media at the present time.

Ariel later joined a collaborative YouTube channel called Our Journey along with Loren Beech, Brennen Taylor, Mario Selman, Weston Koury, Zach Clayton, and Nick Bean. Ariel has over 2.2 subscribers on her self-titled YouTube channel. She has more than 8.9 million followers on Instagram.

In 2016, she won her first Teen Choice Award for Choice Muser. She released a sticker app in early 2017 called Arielmoji. In 2017, she was nominated for People’s Choice Awards for Favorite Social Media Star and iHeartRadio Music Social Star Award. Her net worth is unknown to the media.

Rumors are that Ariel is dating fellow muser Blake Gray since late 2016. Currently, there are no other desperate rumors regarding her personal and professional life.

It seems she is doing best job without harming others for which she hasn’t been a part of controversy yet. She is loved by everyone for her work and adorable looks. Also, she is so young to be a part of rumors and controversies.