Without any indication about his relationship, Keem silence has surely caused the public to believe that he is single and he doesn’t seem to date anyone at the moment. He remains low-key when it comes to his private life.

Also, he has not disclosed any information about his past affairs. He keeps everything secrets about him as far from the tabloids. 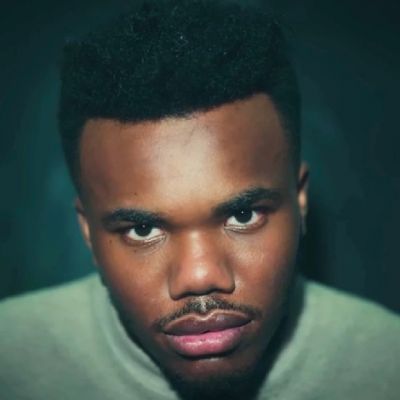 Who is Baby Keem?

He rose to the limelight after releasing his single “Orange Soda”, from his second mixtape Die for My Bitch (2019).

Baby Keem was born on October 22, 2000, in Carson, California, the U.S. As of 2022, he is 21 years old. He holds an American national identity and ethnicity of Afro-Americans.

His real birth name is Hykeem Jamaal Carter Jr. and his other nicknames are Hykeem Carter, Keem Booman, and Two-Phone Baby Keem.

Furthermore, he has not revealed any info about his educational background.

Since he was young he was interested in music. At the age of 15, he started putting all his own songs together. His four released albums are The Melodic Blue(2021), DIE FOR MY BITCH(2019), The Sound of Bad Habit(2018), and Hearts and Darts.

In 2018, on his cousin Kendrick Lamar’s project, he co-wrote and co-produced a track, Black Panther: The Album, TDE member Jay Rock’s Redemption, Schoolboy Q’s Crash Talk, and the song titled “Nile” from Disney’s The Lion King: The Gift and later worked on songs for Jay Rock’s Redemption.

On September 18, 2020, he released his two new songs, “Hooligan”, and “Sons & Critics Freestyle” and in march 2021, he released “No Sense”.  On April 30, he collaborates with Travis Scott and released”Durag Activity

Later on, The song was followed by another collaboration with Keem’s cousin Kendrick Lamar, titled “Family Ties”, which was released on August 27, 2021.

These songs were featured on Keem’s debut studio album “The Melodic Blue”. Along with that, the single “Issues” is included in this album.

Moreover, he made his appearance on Kanye West’s Tenth studio album Donda on the song “Praise God” alongside, Travis Scott.

Talking about his, personal earnings, his net worth is estimated at $1 million. His main source of income is his profession as a rapper.

There is no record of Baby Keem being involved in any rumors and buzzes.

Owing to his long professional career, he has not been indulged in any part of controversy yet. He has maintained a clean image and low profile.

Keem’s height stands at 5 feet 8 inches and his weight is 69 kgs. His body measurements are under review.

Moreover, he has Black hair with black pairs of eyes.

In addition,  his Youtube channel has more than 608k Subscribers.