BabyTron has spoken nothing about his love life. He might or might not have a love partner as he doesn’t reveal much information. As far as we know, he is currently focused on his career rather than thinking of a love life. 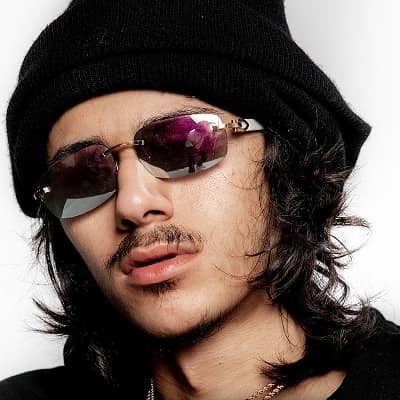 BabyTron is an American rapper and a member of the rap group ShittyBoyz. He became hyped for his debut album, Bin Reaper, which featured rap artist Lil Yachty.

Likewise, he is too secretive about his family and personal details. In fact, there is no information regarding his family and relatives. He grew up in his hometown. Similarly, he seems to be the only son of his parents as he has not talked about having any siblings.

He belongs to American nationality and mixed ethnicity. He even offered money several times to guess his ethnicity.

Furthermore, he attended Ypsilanti Lincoln High School for his education.

Jay started rapping in high school and later formed a rap group called ShittyBoyz with his friends StanWill and TrDee. Then, he launched his YouTube channel titled ‘BbyTron SB’ on Aug 10, 2017, and started recording music in 2018. However, he used to rap during his childhood.

Similarly, he released his debut album, Bin Reaper, on October 30, 2019, which featured rap artist Lil Yachty. His song “Jesus Shuttlesworth” from the debut album has over 268k streams on Spotify. In 2020, he released an ep album ‘Pre-Game.’ It gained huge publicity in the music market.

The year 2020 and 2021 has been memorable to him as he released albums like Sleeve Nash, Back to the Future, Dookie Brothers, Dookie Brothers 2, Luka Troncic, and Bin Reaper 2. Likewise, he made his appearance in the Majestic Theatre alongside Danny Brown and Sada Baby at a Thanksgiving concert in 2019.

He featured in Teejayx6 2019 song ‘Super Smash Bros’.Recently, he released his latest album, Megatron. He is already a role model for youths.

Talking about his income, he earns a good amount of money for his living. His estimated net worth is around $500k-$1M. The major source of his income is a successful music career. Currently, he is living a luxurious life as seen on his Instagram.

Being a rapper, it is usual to be surrounded by controversies however he has maintained a clean profile to date.

Tron has a height of 5 feet 7 inches tall and weighs moderate. Similarly, he has naturally black hair and charming dark brown eyes.

He seems to be quite active on social media platforms. YBN has mere 561 followers on Facebook. Likewise, he has around 51.3k followers on Twitter and around 386k followers on Instagram.