Skip to content
Married Biography
Married Biography / Entertainment / Bailee Madison Been on Few Relationship and has some advice from personal experience!! She and Selena Gomez Close: 'Selena is like a big sister'! 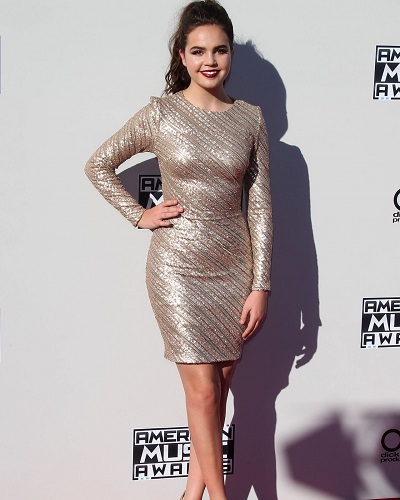 Bailee Madison started her acting career since she was a child and now has a good place in the limelight as well. She had few relationships and also her relationship with Selena Gomez.

Let’s know all about Bailee!

Cute and adorable Bailee is an unmarried woman and is currently dating Alex Lange since September 2016. Previously, she has been in a relationship with Emery Kelly in 2015 and with Zachary Gordon in 2013.

Bailee Madison uses her Tumblr account to share words of wisdom with us all – a gesture that we really appreciate. Her latest blog entry is on what she learned about relationships, and the advice she has shared with us applies to friendships just as much as it does to couples.

“In my opinion, honesty is one of the most important things in any kind of relationship. Yes, honesty can hurt. Sometimes you wish you didn’t hear the person you are dating say the words, ‘I cheated’ and instead you want to hear ‘I didn’t’. However, at the end of the day, if you aren’t honest, you can’t build trust. If you don’t have trust then there is no truth or value to that relationship anymore.”

While we think she may be actually referring indirectly to her relationship with Forever In Your Mind’s Emery Kelly, Bailee told her story without giving names.

“I want to share with you a little about a situation I was recently in, In my heart I knew that I wasn’t happy. I knew there was no trust or respect and I knew that I was constantly being put down. I knew in my gut that this was wrong, but I kept trying to convince myself otherwise. I think the reason why I did this was because I was afraid of letting this person go and somehow I felt like I did something wrong. I’ve realized now that we lie to ourselves about how we are actually feeling because we feel guilty for simply having any negative feelings. I’ve realized, that we forget that it’s okay to be sad, or that it’s okay to be disappointed or it’s okay to be annoyed that you were wrong to trust someone. I want you to know that it’s okay for us to be honest, and to protect our hearts and our value as human beings.”

“It takes a lot of bravery to stand up and realize that [a] situation is wrong and harmful to us, We MUST respect ourselves, otherwise how should we expect to be respected by others. If anyone is holding you back, stopping you from being happy or pulling you down rather than lifting up… BE BRAVE. TAKE A LEAP. AND CHANGE YOUR PATH.”

As always, we’re so inspired by Bailee’s words and are very proud of her for opening up about such a personal incident.

Bailee and Selena’s friendship goes way back to their initial days when they starred in the series Wizard of Waverly Place and has made a great connection between them.

Bailee Madison admitted that Selena Gomez is one of the nicest celebrities around in our exclusive video interview with the Parental Guidance star.

You may like to read Marriage of Catherine Bell ended because she was a lesbian! She left her husband Adam Beason for her girlfriend, Brooke Daniels

Bailee spoke to us about guest-starring on Wizards and working with Selena:

“It was awesome. Wizards of Waverly Place is like my favorite show so to be able to have the chance to be on it, on their last season, was really exciting for me. She was so sweet. Especially because it was the multi-camera and I wasn’t used to that. She was very, very sweet.”

“She was and Jennifer Stone who plays Harper, both of them took such good care of me every day which I very much appreciated, I needed it!”

Bailee also got close to Katie Holmes when she filmed the movie Don’t Be Afraid of the Dark.

“[She is] amazing. I absolutely adore Katie with all of my heart. Anytime someone asks me about her, you can see, the biggest smile on my face appears! She’s a fantastic actress but she’s such a fantastic mom. Every day was so much fun with her.”

Selena and other cast have helped her face the fear and have also given her the much-needed advice which she is thankful for.

“I had never done theater before and the way they shoot WOWP is very much the same, I would always have my back turned away from the audience and camera so Selena or Jen would always come and move me to face them! Sweetest thing.”

Bailee Madison is an American actress. She is extremely prominent for her role in “House”, “Bridge to Terabithia”, “Brothers”, and “Just Go With It.” She is a hardworking person and has made respectable position in American T.V and film industry. – See more bio at…

America Ferrera celebrates her 33rd birthday; Shares a heartfelt strong letter at her birthday, have a look
Tags : American Actress