Bar Refaeli is an Israeli model, television host, actress, and businesswoman. She is married to Adi Ezra and is the mother of one kid. 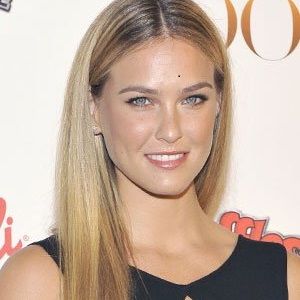 Modeling gave me an opportunity to be someone I'm not each day.

As a little girl, I was always shy, but in front of the camera I wasn't.

My mum is my beauty icon, because she represents what I think beauty is.

What is the relationship of Bar Refaeli?

Bar Refaeli has been married twice in her life. She has been in a number of relationships in her life. She once dated Baywatch actor David Charvet. She was married to Arik Weinstein from 2003 to 2005. In November 2005, she began a relationship with Leonardo DiCaprio. She first met him at a party in Las Vegas thrown for members of U2. Their relationship ended in 2011. After that, Refaeli got engaged to Israeli businessman Adi Ezra in March 2015. The couple got married in Israel on 24 September 2015. They have a daughter named Liv Ezra who was born in August 2016. The couple has been married for over a year now and their relationship is going very well.

Who is Bar Refaeli?

Bar Refaeli is an Israeli model, television host, actress, and businesswoman. She is one of the most internationally successful models from Israel.

The bar is famous for being the cover model of the 2009 Sports Illustrated Swimsuit Issue. She is the first Israeli model to appear in Sports Illustrated Magazine. In addition, she is working as a host of The X Factor Israel since 2013.

Refaeli was born on 4 June 1985, in Olesh, Israel. She is the daughter of Tzipi Levine(mother) and Rafael Refaeli(father). Her mother was a successful model in the 1970s. Her grandparents were Jewish from Israel but they were originally from Italy, Poland, and Lithuania.

Refaeli’s nationality is Israeli and she belongs to Sephardi Jewish, and Ashkenazi Jewish ethnicity. Her parents were both born in Israel. She became a model and was featured in commercial ads when she was just an infant because of her mother’s contacts. She then stopped modeling due to her braces and when she became 15 years old, she again started continuing. In 2000, she became ‘Model of the Year’ in the Israeli beauty pageant.

Refaeli began modeling at the age of eight months. She first appeared as a model in small commercials. In 2000, an Israeli beauty pageant awarded the Refaeli “Model of the Year” award. After that, she played prominently in campaigns for the fashion brands Castro and Pilpel. She has appeared in editorials for French, American, Italian, Spanish, Russian, and Ukrainian Elle. In addition, she has appeared in several magazines such as Spanish Vogue, British, Russian, Australian, and Vietnamese Harper’s Bazaar.

After that, in 2009, she modeled for Garnier International. After that, she received the World Style Award presented by the Women’s World Awards in 2009. She appeared as the cover model of the 2009 Sports Illustrated Swimsuit Issue which she had debuted in the year 2007. Maxim magazine voted her No. 1 in the Hot 100 list of 2012. Moreover, she is the host of The X Factor Israel since 2013.

On 16 December 2015, Israeli tax authorities in Tel Aviv detained Bar Refaeli and her mother overnight for questioning related to potential tax evasion. She is accused of failing to pay income tax on two vehicles which created controversy. Also, she is accused of evading taxes by disguising her Israeli residency by renting a luxury apartment in Tel Aviv through relatives.