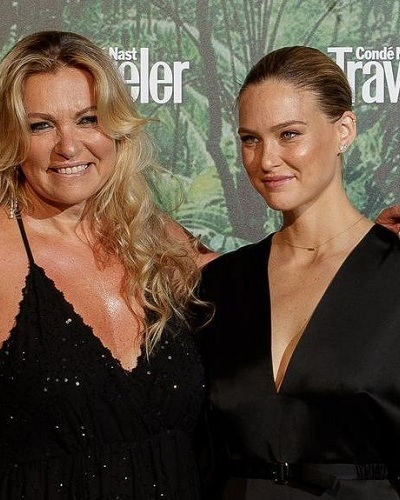 An Israeli court has sentenced supermodel, Bar Refaeli to nine months of community service. She is the ex-girlfriend of Leonardo DiCaprio. Her mother also has been served a similar sentence after she completes 16 months in prison for tax evasion. The complete story here!

Bar Refaeli and her court sentence

On Sunday, an Israeli Court sentenced the Israeli supermodel, Bar Refaeli to nine months of community service. Her mother will also face a similar sentence of community service for 9 months. Furthermore, Bar’s mother has to complete 16 months of prison term for tax evasion. It was a prolonged court battle but with this sentence, the phase has ended.

Bar was present in the Tel Aviv court premises wearing in a beige-colored T-shirt. She also had on a light-blue color surgical face mask. Her father, Raffi, and her mother Zipi were with their daughter during this time. And she was also flanked by her lawyers. They had applied for a plea bargain. The Court has accepted it and there is now a new plea agreement in place.

What is the plea bargain and agreement in this case?

Bar, 35, and her mother Zipi were accused of evading taxes on their income worth $ 10 million. This case brought a lot of disrepute to Bar and her family. She was once the beloved national icon of the country.

As per the plea agreement, she and her mother have to pay a $ 1.5 million fine. Additionally, they also have to pay back the millions in back taxes which they owed to the state. The two were indicted last July. And now, Zipi will start her prison sentence from next week.

The model had a worldwide income and her family tried to downplay her connection with Israel. She was an informal ambassador for Israel but due to this, her public image suffered. But her popularity still remains and she continues to be amongst the top TV personalities. Her photo continues to be on highway billboards in the country.

More about this legal tangle of the model

Bar Refaeli had also hosted the Eurovision Song Contest in Tel Aviv last year. Bar had a lot of high-profile modeling assignments and campaigns worldwide. For this, she also traveled a lot globally. Her photos had also been on glossy magazines such as Sports Illustrated swimsuit edition.

Bar, 35 had said that she did not spend specified days in Israel to be qualified for residency there. Hence she was not bound by the Israel tax rules and laws. But the prosecutors did not take that and claimed that she had provided wrong tax information. They said that she had earned more than $ 7.2 million in the period of 2009-2012. She had said that she was abroad at that time.

Bar was in a relationship with American actor Leonardo DiCaprio from 2005 to 2011. Later, she married businessman Adi Ezra. This was in September 2015. During the court case, mention of Leonardo came up because she said that she stayed with him in the USA. But Israel Court said that it could be considered a family unit.

For the complete bio of Bar Refaeli, read here