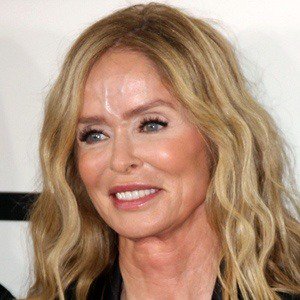 “Time is Clay. Go make something.”

Barbara Bach married Ringo Starr on April 27, 1981. They met for the first time on the set of the film ‘Caveman’. The couple practice vegetarianism.

Previously, she was married to Italian businessman Count Augusto Gregorini in 1966. They met on a flight to Rome in 1966. After marriage, they went to Italy.

They welcomed a daughter Francesca Gregorini(singer-songwriter) on August 7, 1968, and a son Gianni in 1972. But the couple separated in 1975 and she moved back to the USA with her children.

Who is Barbara Bach?

Barbara Bach is an American actress and model. She is famous for her role as Anya Amasova in the James Bond film ‘The Spy Who Loved Me’ in 1997 and as the spy Maritza Petrović in ‘Force 10 from Navarone’ in 1978.

She was born on August 27, 1947, in Queens, New York City, USA. Her birth name is Barbara Goldbach and she is currently 73 years old.

Her father belonged to a Jewish family and her mother belonged to Irish Catholic. She has got a sister Marjorie Bach. Barbara holds American citizenship and her ethnicity is Mixed(Ashkenazi Jewish, Irish).

Bach joined the All-girl Dominican Commercial High School in Jamaica, Queens, and graduated from there in 1964. She shortened her name from Goldbach to Bach in 1965 and became successful in modeling and posed for catalogs and fashion magazines.

She is familiar with the working knowledge of French and Spanish and she is also fluent in Italian.

She debuted her acting career in Italy from the movie ‘L’Oddissea’ in 1968 which was a TV adaptation of Homer’s famous epic poem ‘The Odyssey’. The film was produced by Dino da Laurentiis and directed by Franco Rossi.

She starred in the mystery ‘Black Belly of the Tarantula’ in 1972 and played small roles in other Italian films.

She portrayed the role of the Russian spy Anya Amosova in the James Bond film ‘The Spy Who Loved Me’ in 1977 and appeared in the movie ‘Force 10 From Navarone’ by the following year.

Because of her sophistication and not being American, she lost the audition for ‘Charlie’s Angels’. In June 1977, she was featured in a pictorial in ‘Playboy’ and had a cameo in a September 1987 special issue on the Bond girls.

Along with Pattie Boyd, she co-founded the Self Help Addiction Recovery Program(SHARP) in 1991 and both of them assisted in the venture. She along with her husband, Ringo Star established The Lotus Foundation which is a charity with many sub-charities.

She has not achieved any awards and nominations from her professional career.

She has an estimated net worth of around $500,000 from her professional career. Her salary and other incomes are under review.

She lokes to keep her profile low, so she has not been involved in rumors and scandals in her private and professional life.

To know more about Shiri Appleby, Julia Carey, and Chloe Rose, please click on the link.