Barbara Corcoran is an American entrepreneur who was one of the contestants of Dancing with the Stars. She has nine siblings. Barbara is married and is a mother of two kids. 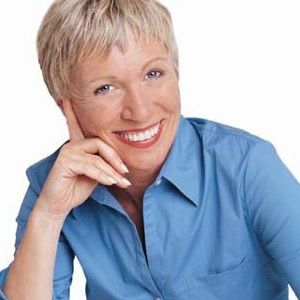 Don't you dare underestimate the power of your own instinct.

I have a theory and I really believe it. I think your worst weakness can become your greatest single strength.

In business, you're the Chief Salesman. Create a sense of demand, rather than waiting to have demand.

Barbara Corcoran is married to Bill Higgins. Bill Higgins is a former FBI special agent. The couple is parenting a daughter and a son. According to Barbara, her daughter, Katie Higgins was adopted and her son, Tom Higgins is an adult now.

So far, Barbara is living a happy married life. She is very private regarding her personal life and doesn’t seem to be interested in sharing much about her personal details. And as of now, she is not involved in an affair and is not having any family disputes.

Who is Barbara Corcoran?

Barbara Corcoran is an American Businesswoman. She is also professionally active as an author, investor, consultant, speaker, and columnist.

She is highly recognized as the third shark on the TV show Shark Tank and as one of the successful entrepreneurs in the United States. Recently, she was announced as a contestant of Dancing With the Stars for season 25.

Her mother’s name is Florence who died in 2012 and her father’s name is unknown. She was not raised in a well-off family. Also, she is dyslexic.

She has nine siblings and she is the second oldest child. One of her brothers, John Corcoran died in April 2019, in the Dominican Republic due to a heart attack. Her brother was a businessman.

Her younger brother Tom Corcoran, whom she said is a dancer.

Her father was frequently fired from his job since he didn’t obey his boss’ orders. As her parents had 10 children, there was always a problem regarding financial matters hence, she started working from her early years. Till the time she was 23 years old, she had done 20 different jobs.

But her family was always full of joy and her parents were not falling back on providing life lessons to their children.

In 1971, Barbara graduated with a bachelor’s in education from St. Thomas Aquinas College.

Because of her determination to become one of the leaders in the economy-dependent world, she didn’t focus much on her academic qualification. Rather she chose her professional career to become a successful entrepreneur.

Due to the economic status of her family, she started to work in different places including restaurants for quick money at a very early age.

Meanwhile, she was not happy with her life. As her father was always inspiring her not to work for other people,  she realized her mistake at the age of 23. She took the loan of $1000 and co-founded her own real estate business under the name of The Corcoran Group.

Starting her own business was a step forward towards Barbara’s dream. Later her business partner ran away with a secretary and left the billion worth fortune for her. In 2001, NRT LLC Company bought her company for $70 million.

Furthermore, she was thriving for fame and popularity and that is when she started to make her media appearances. She started to arrive as a guest in different shows including Larry King Live.

Barbara started taking every possible profession in her path. As a result, she started her career as a columnist for different newspapers and magazines including, New York Daily News, Red Book, More Magazine, and many others.

And most of all, she is one of the Sharks in the NBC series Shark Tank.

Barbara Corcoran is actively participating in various motivation programs and is sometimes found in talk shows. It looks as if she is helping others who want to achieve greater fame in their life.

She also provides business consultancy through Barbara Concoran Inc. Among her best-selling business books, some of them are If You Don’t Have Big Breasts, Put Ribbons on Your Pigtail, Nashville, and Amazing Places to Live the Rest of your Life.

In contrast to Barbara’s outstanding professional career, she is not able to get any awards under her name. Maybe she will be awarded in the future.

As regards Barbara’s net worth, she has an enormous amount of wealth. Her net worth is more than $100 million and is still growing.

Barbara Corcoran has various rumors and also has many controversial topics. There was a rumor that Robert Herjavec, a Croatian-Canadian Television personality, and a businessman was her first dance partner. Later on social media, she told that the rumors were true.

Recently, after her dance in the premiere of Dancing With the Stars season 25, she accidentally grabbed the private parts of her dancing partner Keo Motsepe. This event was viral on social media as a controversial topic.

Some of her tweets are considered racist and some are related to sexism. In addition, she also claimed that Donald Trump compared her breast size with his wife when they were in a business meeting.

So far she doesn’t have any rumors and has not been involved in any controversial topic regarding her personal life.

As regards Barbara’s description of body measurement, she has fair skin and blonde hair. She is 5 feet 5 inches tall and weighs 59 kg. Despite her old age, Barbara has kept her body posture in perfect condition. Furthermore, her body measurements are 33-25-35 inches.