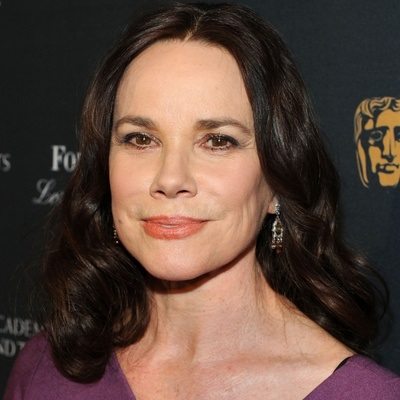 Previously, she was in a relationship with the actor, Naveen Andrews. The former couple started dating back in 1999. They separated from each other in 2005 for a small-time span as Andrews fathered a son with another woman.

After that, they got back to each other. However, 5 years later, they announced that they are ending their relationship.

Before that, she was married to the artist, Stephen Douglas. The couple married on 8th August 1992 in Oxford, Connecticut. Only their mother and Hershey’s son, Tom was invited to the wedding as guests.

Prior to that, she was in a relationship with the late actor, David Carradine. They first met on the sets of the movie, Heaven With a Gun.

They started their relationship in 1969. The ex-couple has worked in movies like Boxcar Bertha. Also, they have posted for Playboy in 1972.

Together, they have a son, Free (b, 6th of October 1972). She named him Tom at the age of nine. However, the relationship started to crumble down when Carradine was arrested for burglary in 1974.

Later, Carradine’s affair with another woman worked as the final nail in the coffin of their relationship.

Who is Barbara Hershey?

American Barbara Hershey is a multiple-award-winning veteran actress. She is renowned as Erica Sayers of Black Swan, Beth of Falling Down, and Lorraine Lambert of Insidious.

Last, in 2020, she appeared in the mystery-drama, Paradise Lost as Byrd Forsythe. Currently, the actress is filming for the Strength in Union as Lowell Mill Worker.

Barbara was born on 5th of February 1948 in Hollywood, California, United States. Her birth name is Barbara Lynn Herzstein.

She happens to be the youngest child to Arnold Nathan Herzstein (father) and Melrose Herzstein (mother). She has two siblings.

Her late father was a horse-racing columnist. Her father’s ancestors were originally from Hungary and Russia. Whereas her mother’s family originally hailed from Arkansas with Irish-Scottish roots.

Talking about her educational background, in 1966, she graduated from Hollywood High School. However, David Carradine’s autobiography claims that she dropped out of High School.

Since childhood, she was determined to be an actress. She used to be a very shy person. Due to this reason, people thought that she was deaf. In High School, she became involved in the drama. At the time, her High School drama coach, helped her to find an agent.

In 1965, Barbara Hershey made her acting debut with the series, Gidget as Ellen. The following year, she featured in the series including Theatre of Stars, The Farmer’s Daughter, and The Monroes. Despite making an appearance in those series, she became frustrated as her characters were portrayed as strong in a week where the next week it was weak again.

Moving forward, in 1968, she made her movie debut with the film, With Six You Get Eggroll as Stacey Iverson. Later, in 1970, she featured the movie, The Bady Maker as a lead, Tish Gary. The movie revolved around the surrogate motherhood.

The list of her movies continues with movies like The Pursuit of Happiness, Diamonds, The Last Hard Men, The Entity, Paris Trout, and many more. Also, she received the nomination of Oscar for the movie, The Portrait of a Lady.

In 2010, she featured the psychological horror film, Black Swan directed by Darren Aronofsky. The movie became one of the milestones for her acting career. For the movie, she received nominations for ICS Award, Gold Derby Award, CinEuphoria, and BAFTA Film Award.

Apart from the movie, she is equally popular for the TV series too. Some of her TV series along with the year and character names are-

Barbara Hershey has brown eyes with brunette hair. She stands at a height of 5 feet 5 inches and weighs 59 kg. Her body measurements are 36-24-35 inches.

At the end of 1991, she was accused of selling out to the small screen. The cause behind the accusation happens to be her frequent appearance in the TV series.

You may also read the bio of Rebecca Metz, Kevin Kline, and Sarah Dorothy Little.