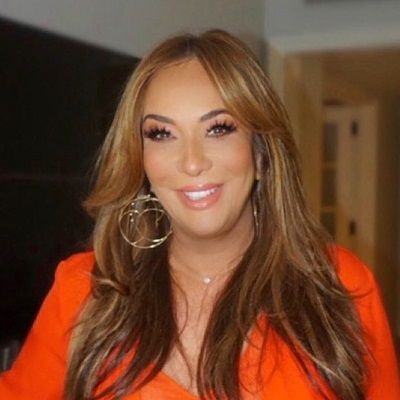 Barbara Kavovit is currently single. Previously, she was married. But divorced with her husband. They had a son Zachary. She resides on the Upper East Side.

After that, she has not been in any relationship and has not revealed much about her ex-husband and divorce.

Who is Barbara Kavovit?

Barbara Kavovit is a reality TV star known for being the contestant of The Real Housewives of New York.

Kavovit is an entrepreneur and a successful businesswoman. She is the CEO and Founder of Evergreen construction  NYC.

Barbara Kavovit was born on 4th January 1966 in the Bronx, New York City, USA. She is the daughter of Joseph Kavovit who passed away in 2013. She has not revealed much about her parents.

Barbara has a sister Caryn. When she was nine years old, she helped her father to put together bunk beds which started her interest in the building.

She educated from the State University of New York at Oswego. Kavovit graduated with a degree in finance and economics.

Barbara was the part of the American reality TV show The Real Housewives of New York. She was a member of the eleventh season of the show. But she did not return on the show on season twelve.

In the year 2013, she appeared as a guest in Home & Family. After that, Barbara appeared in Watch What Happens Live with Andy Cohen and Celebrity Page.

Barbara started her own company Stand-Ins in the year 1990. Her company dealt with home improvement. She became a mediator. Her company gained fame and was awarded a two-year contract by IBM to cover repairs at their headquarters in NYC.

In 1995, her company transitioned into Anchor Construction which was based in the coveted Midtown East area of Manhattan. Similarly, in the year 2015, Barbara founded Evergreen Builders and Construction.

She has a YouTube channel with 1.67k subscribers on her channel. Kavovit started her channel 10 years back. She posted How-To videos. Her videos are helpful in the household.

The estimated net worth of Barbara is $500 thousand.

She had a settlement talks with Deutsche Bank over the 2.4 million dollars owned on her home. Kavovit took around $2.4 million loan with her father in 2006.

Other than that she has not been part of any big rumor and controversy.

Kavovit has brown hair and eyes. She has a decent height and weight.

Similarly, she has around 51.2k followers on Instagram. She is following personalities like Jay Cardiello, Athena Calderone, Lauren London, Chris Cornell, Colin Cowie, and others.

The newbie to the show RHONY Barbara Kavovit had filed for bankruptcy in 2015!