Posted by MarriedBiography Last Modified September 9, 2020 | In Entertainment
Share this

Sasha Gates is well-known for appearing in the hit E! reality series, WAGS LA. Though she became famous for the reality TV Show, she was familiar with the camera before. She used to appear as a model and also appeared on the music videos.

In the recent episode of WAGS LA, Autumn gave the clue to Barbie Blank about the latest spat over a couple of butt facials. She told to Blank:

“In old Sasha fashion, she just lied and tried to manipulate,”

Though Barbie was upset that the once super-close friends couldn’t work it out, she did not keep Autumn from talking about Sasha. Furthermore, Autumn continued:

“She’s telling me that she’s going to your wedding in one breathe and in the next breathe she was accusing you of stealing her Rolex,”

Blank got shocked knowing Sasha accused her of stealing. She told:

“Number one, there was a f–king hundred other people there. Why would I? I could buy my own f–king Rolex without a man!”

Though they had no intention of ruining the Bachelorette party of Nicole, they could not help it. Meanwhile, when they were teaming up to confront Sasha, Nicole was busy worrying about Larry English‘s bachelor party in Colombia.

You may like to read Nicole Williams: her new entrepreneur role, her engagement, wedding and honeymoon!

When all the girls were consoling her that she had nothing to worry about, but Nicole seemed worried until she got that FaceTime call from her boo. On the other hand, her fiancee was spending the night just chilling at home. Furthermore, Nicole admitted:

“I don’t want to worry about Larry or Colombia, I don’t even want to think about it. I want to have so much fun that I don’t even know where he is,”

Afterwards, Blank decided to confront Sasha about the cheating allegation, and she revealed:

“It got brought to my attention at your video shoot about a year ago, that you thought I had stolen your Rolex,”

But Sasha did not take much time to deny that she ever thought that. The talk later converted to the fight between Barbie and Sasha to Sasha and Autumn. Hence, Barbie said:

“I feel like Autumn wouldn’t just pull something like that out of nowhere. It just doesn’t make sense,”

Also read ‘The Bachelorette’ Alum Michael Nance died at the age of 31!

Sasha Gates is a Candian born former model and fashion designer. She got huge recognition after appearing in 4 the Love Sessions, Hollywood Today Live, and Home & Family. Furthermore, she is also the wife of NFL player Antonio Gates. See more bio…

Jack Viney and wife Charlotte are expecting their first baby together!
Tags : WAGS 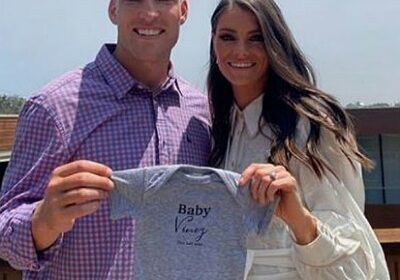