Is Barkhad Abdi is dating?

Barkhad Abdi is currently single and not dating anyone. Maybe he is focusing on his career. Abdi hasn’t talked anything about his present and past relationship as well. 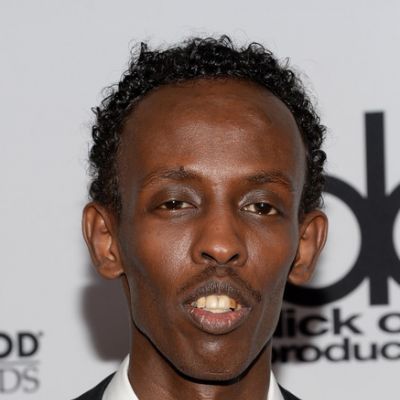 I don't see myself only as a Somali Character. I think of myself as an actor, and if the job fits me and I like the story, I will go for it

I would DJ pools parties in Minneapolis, but I never swan there.

Who is Barkhad Abdi?

Barkhad was born on 10th April 1985 in Mogadishu, Banaadir, Somalia. His full name is Barkhad Abdinasir Abdi.Talking about his parent’s identity is still behind the curtains. However, he has 3 siblings including 2 older brothers and one younger sister.

At the age of 6, Abdi and his family moved to Yemen due to the Somali Civil War. Besides that, his family settled down in Minneapolis, Minnesota. Before entering the film industry, he used to sell mobile phones at his brother’s shop. Similarly, he used to work as a limousine driver at Chauffeur Company. Meanwhile, he worked as DJ also.

Barkhad debuted as Muse in Captain Phillips thriller films in 2013. He played the role of Roko Makoni in Hawaii Five-0 (TV Series) in 2015. Similarly, in the same year, Abdi appeared in many Tv Series, and shorts such as Wolf Who Cried Boy and Eye in the Sky.

Besides that, Barkhad made his appearance in Family Guy (TV Series) as Abduwali Muse in 2016. He played the role of Ahmed in America; I Too (short) in 2017. Moreover, in the same year, Abdi was seen in many Tv series including The Pirates of Somalia, Extortion, Good Time, and Blade Runner 2049.

Furthermore, he was portrayed as Caweys in Beneath a Sea of Lights (TV Movies) in 2020. Abdi made his appearance as Doc Badger in Blade Runner: Black Lotus (TV Series) from 2021 to 2022. As of 2022, he appears as Aklilu in Tyson’s Run (TV Series). Moreover, he was seen in Agent Game as Omar.

As of 2022, Barkhad has a net worth of $100 thousand. However, Abdi’s salary and income are still under review.

Barkhad has not been involved in any kinds of controversy and rumors till now. He has a clear profile among the public and media as well.

Barkhad stands at the height of 5 feet 10 inches with a 54kg weight. Talking about his physical appearance, he has a Skeletal figure. Similarly, he has black eyes with curly black hair.