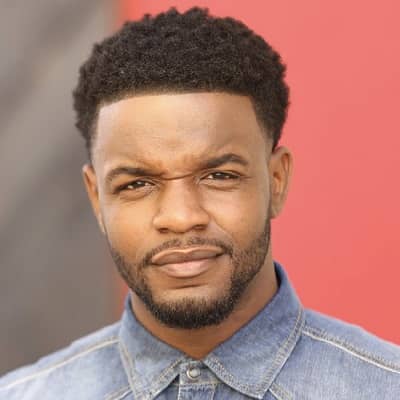 My favorite date was my first date with my wife, Jasmine. We went to see a movie called “Unstoppable.” I think that date was special because I felt some type of way early on for her. While we were in the theatre I remember looking over at her and feeling something for her. I want to say it was love at first site but technically, it was not the first time I saw her. Looking at her in the theatre, something spoke to me in that moment and I realized that she was not just some random girl that I was on a date with

that has always stood out to me. I don’t have many dates to reflect on because my first marriage was pretty early on.

The funniest date is the same date actually. I accidentally left my wallet at home and I thought I had it in the arm rest of my car. It was really embarrassing. I didn’t want her to think I was a bum or I was trying to play her. So I told her we could just reschedule and I would take her home but she was really cool about it. She said, “I got this date and you can pay for the next one.” That’s probably why I married her (lol).

Barry Brewer is a married man. The comedian is married to Jasmine Brewer.

The couple married in 2015. Barry disclosed about it in an interview.

Barry met Jasmine for the first time at UCLA in November 2010. She was playing the piano for the class. On November 13th 2010, he was the host for the event where Jas also happened to attend.

The duo went out for a movie, Unstoppable. After around five years of dating, they got married. He says that the best thing about her is her intellect and the fact that she is so driven in her education.

Previously he was married to another woman in his early days. They get separated as things went off between them. Barry was 22 yrs that time. The duo also has three children together.

Who is Barry Brewer?

Barry Brewer is one of the talented American comedians and actors. He is also into music and has worked as a songwriter and music producer. Likely, he has even recorded two studio albums.

Barry born and grew up in the South Side of Chicago. He hasn’t shared nay his personal information and likely his birth date is also unknown. Looking at him we can say that he was born in the mid-1990s.

He is of American nationality and has Afro-American ancestry. His parent’s names are also under the curtains and aren’t revealed yet. Although he has revealed that his mother struggled with addiction which resulted in them not having the best relationship. Barry has been on his own since his teenage.

He used to visit the church with his grandfather Big Jim every weekend. He also used to perform there but he refuge to go there after the passing of his grandfather. It also enhances his comedy skills from childhood.

Barry started his stand-up comedy career from his teenage in the year 2002. He used to perform at various local churches and clubs before. First, he performed in the comedy clubs throughout Chicago and then moved to Los Angeles in 2004.

His career uplifted when he started to work in various televised comedy competitions. He appeared on Bill Bellamy’s Who’s Got Jokes on TV One.  He works alongside Tiffany Haddish and Lil Rel Howery. The comedian has also appeared on Comedy Dynamics’ comedian showcase, Coming to the Stage.

He is famous for his own comedy content and the nationwide comedy tour. It also features Big Jah and Minks from The Whole Crew Is Stupid.

Furthermore, Barry has also accomplished as a musician, songwriter, and music producer. He has worked with artists like Brandy, Ray J, and Tank. Moreover, he has recorded two studio albums.

Barry has built a successful career as a comedian and actor in the past year. His net worth is around $1 million. Likely, his salary is estimated to be around $700 thousand annually.

Barry has maintained a low profile when it comes to his personal life. And so he doesn’t face any such rumors or controversial news.

You may also read the bio of Paul Rodriguez, Steven Wright, Anthony Jeselnik, and Dan Mintz.