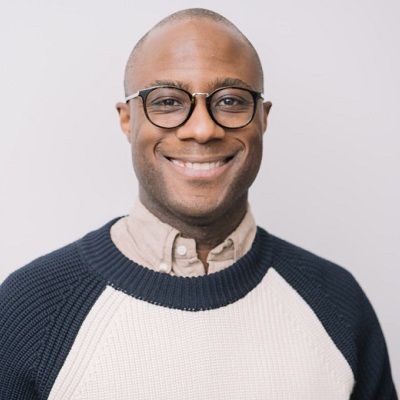 Jenkins is in a relationship with fellow director Lulu Wang. Lulu Wang is an American writer and filmmaker. They are together for a very long time and there seems to be much love between each other. Up to now, there is no news about their separation. So the couple may soon tie the knot and take their relationship to the next level.

Who is Barry Jenkins?

Barry Jenkins is one of the well-known names in the entertainment industry. He is an American film director, producer, and also the screenwriter. After making his film appear with the short film My Josephine, Jenkins garnered positive notices for the independent feature Medicine for Melancholy 2008, receiving an Independent Spirit Award for Best First Feature among other award nominations.

Barry was born in Liberty City, Miami, Florida, United State on 19 November 1979. He was just 12 yrs old when his father died. After some time, he separated from his mother as well because she was a drug addict. Afterward, he was raised by his surrogate parent in an overcrowded apartment.

He attended Miami Northwestern Senior High School, where he played on the school football team. Jenkins later earned a Bachelor of Fine Arts in film from Florida State University in Tallahassee in 2003.

He first appeared on the screens with his 2003 short film My Josephine. He had his first breakout film called Medicine For Melancholy which was a low-budget independent feature released in 2008. The film starred Wyatt Cenac and Tracey Heggins.

After the success of his previous film, Jenkins wrote an epic for Focus Features about “Stevie Wonder and time travel” and an adaptation of the James Baldwin novel, If Beale Street Could Talk, neither of which entered production. He later worked as a carpenter and co-founded an advertising company called Strike Anywhere.

In 2011, he wrote and directed Remigration, a sci-fi short film about gentrification. Jenkins became a writer for HBO’s The Leftovers, about which he commented, “I didn’t get to do much.”

Furthermore, he also directed and co-wrote the 2016 drama Moonlight. For it, he worked with Tarell Alvin McCraney and it was his first feature film in eight years. The film was premiered at the Telluride Film Festival in September 2016.

And it was in the year 2017 when he directed the fifth episode of the Netflix original series Dear White People. He is currently working on upcoming projects including a series based on Colson Whitehead’s novel The Underground Railroad. Moreover, its screenplay is based on the life of Claressa Shields.

His net worth is unknown currently. But as he has worked on various popular works he must have good income.

There were rumors that he didn’t write his own songs and he took the help of some anonymous. However, he has neither denied nor confirmed this rumor.

Moreover, rumors were also that he is gay which he denied in an interview.

He stands with a height of 5 feet and 7 inches. And his weight is unknown. Likely, he has black colored hair and black colored eyes.

He is active on different social networking sites. He uses Instagram and has more than 97K followers. And likely, he has over 180K followers on his Twitter account.

Get to know more about the birth facts, childhood, education, career, awards, net worth, rumors, body measurements and social media profile of various other personalities like Lela Rochon, Ringo Starr, and Richard Curtis.

American Actor Trevante Rhodes And Is Love Life!! Know Is He Dating Someone Or Is Single? And His Role In Drama Moonlight