Barry Keoghan at present is in a relationship. He is dating a girl named Shona Guerin but their affair details are unknown.

He along with his girlfriend was spotted in several events. 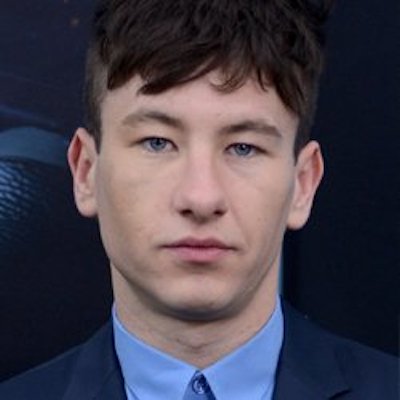 Heroin came into Dublin, and it caught every family. My mother was one of the unlucky ones. She got caught on it, then she passed away... [He was subsequently raised by his grandmother.] She's a tough one... I'll come home off a film set where I'm getting pampered, and I'll get a slap in the head if I don't make my bed. That's what I love about her.

Who is Barry Keoghan?

Barry Keoghan is a popular Irish actor. He is popular for his acting skills in Mammal, The Killing of a Sacred Deer, American Animals, and more.

His upcoming movies Sapphire and The Banshees of Inisherin are under the pre-production stage.

His birthdate is 18 Oct 1992 and he was born in Summerhill, Dublin, Ireland. The name of his mother and his father is not disclosed.

But his mom passed away due to the use of excess heroin. Barry’s ancestry is Irish and has a brother Eric.

Regarding his academics, he attended O’Connell Secondary School.

Barry Keoghan is a popular face of the entertainment world who has appeared in several TV plus movies. His latest movie is titled The Green Knight that was released in the year 2021.

He will be seen in Eternals and The Batman. Some of his other big-screen projects are,

Moreover, he was seen in Love/Hate (2013) as Wayne and in Fair City (2011) as Dave Donoghue. He is currently filming another TV show titled Masters of the Air as Lt. Curtis Biddick.

His briefly featured TV shows are,

By the reports of 2021, he has accumulated a net worth of around $4 million US. The yearly salary from his acting journey is yet to be calculated.

This The Green Knight famed actor is keeping himself away from rumors and desperate scandals. But recently on 15 Aug 2021, he was found injured outside of a hotel.

Mostly his face was damaged and he was admitted to Galway University Hospital.

Barry Keoghan’s height is 5 ft 7 inches and his body weight is 72 kg. Moreover, his eyes are blue and his hair is in dark brown color.