Barry Zito is a married man. His wife is none other than the former Miss Missouri Amber Seyer.

The wedding took place on the 3rd of April 2011 at the private wedding ceremony at a very private ceremony. Prior to that, they got engaged in December 2011.

Together, they welcomed their first child, Mars in July 2014. Later, in May 2017, they adopted a child, Joseph Zito.

Recently, in February 2020, they again were blessed with another son and they name him Rome. 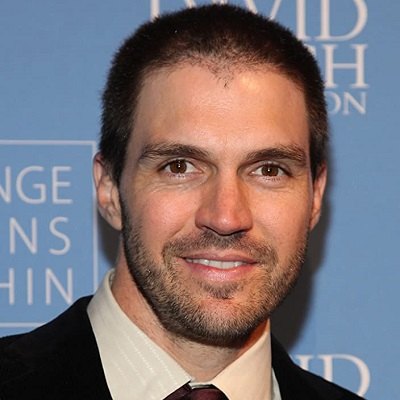 Who is Barry Zito?

His parents were a showbiz couple who worked for singer and pianist Nat King Cole, and he had two sisters who were 9 and 13 years his senior.

His family relocated to San Diego, California, to assist him to focus on his baseball career after he showed promise at an early age. His nationality is American, and he is of mixed heritage.

According to his education, he was transferred from El Cajon’s Grossmont High School, where he was the star pitcher, to the University of San Diego High School, a Roman Catholic private school, for his senior year, where he received many league honors, posting an 8-4 record with a 2.92 ERA and 105 strikeouts in only 85 innings.

He subsequently went on to UC Santa Barbara, where he earned Freshman All-America honors with 125 strikeouts in 85 1/3 innings pitched.

Zito transferred to Los Angeles Pierce College during his sophomore season to be eligible for the Major League Baseball draft. His faith is Roman Catholic, and he was born under the sign of Taurus. He had his 42nd birthday in 2020.

He subsequently went on to enjoy a lot of success in his debut season. On September 10th, he pitched his first complete-game shutout against the Tampa Bay Devil Rays.

In 14 starts, he had a 7-4 record and a 2.72 earned run average. He made his postseason debut against the New York Yankees in Game 4 of the AL Division Series (ALDS).

In 2001, he became the sixth lefty under the age of 23 to strike out at least 200 batters. He went eight innings in Game 3 against Mike Mussina, striking out six batters, walking one, and giving an earned run. In 2002, he established himself as one of the top pitchers in baseball.

On August 28th, he recorded his 19th victory of the season against the Kansas City Royals. When he pitched seven innings and allowed no earned runs against the Minnesota Twins on September 8, he became the AL’s first pitcher to win 20 games.

He led the league in wins with 23, was second in winning percentage (.821), and third in ERA (2.75) and strikeouts (182). He began his career with a win over the Mariners in 2003, going 6 innings and allowing one earned run, an RBI single by Olerud in the opening inning.

Barry Zito: Net worth and Salary

Because he has been engaged in baseball since the year 2000, this prominent baseball player’s net worth is undoubtedly in the millions. He has amassed a large sum of money.

Barry Zito’s net worth is estimated to be $16 million as of 2022, however, his precise salary is unclear. His primary source of income is his baseball career.

He is currently content with his money. There is no information available regarding his automobiles or home.

Barry Zito is an extremely attractive man. He stands 6 feet 5 inches tall. His bodyweight is 93 kg when balanced.

His eyes are brown, and his hair is black. His biceps size, waist size, hip size, dress size, and other physique dimensions are unknown. He has a healthy body overall.

You may also like to read the Bio, Career, Body Measurements, Net Worth, Social Media, Relationships, and more about Lee Daniels, Desi Perkins, Mo’Nique, and more.