Barton is in a relationship with Sophie Thorner. She is a jewelry designer.

They started dating while Barton was working on the set of the television series Tiny Pretty Things in 2019.

The couple seems to be happy spending time together as of now. 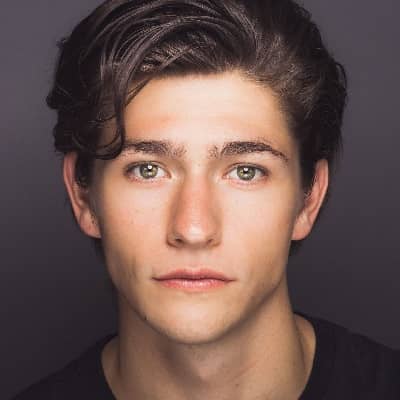 Who is Barton Cowperthwaite?

His mother’s name is Laura Cowperthwaite. She works as a broker associate at Your Castle Real Estate. His father is a businessman.  However, his name is not known.

He has two brothers, Joey Cowperthwaite and Will Cowperthwaite. Barton was raised in an American family and is of Caucasian origin.

Barton studied high school at Denver School of the Arts. He has his dancing classes at The Academy of Colorado Ballet.

He then attends The University of Arizona and finished it with a major in BFA dance in May 2013.

Barton is an actor, dancer, and model by a profession. He is one of the amazing dancers. His dancing skills include hip hop, jazz, tap, contemporary, and ballroom. Moreover, Barton is also a  ballet dancer and well known for his ‘Makers Who Inspire’ choreography.

The dancer has also worked for renowned artists including Lar Lubovitch, Pontus Lidberg, Lindsay Nelko, and Emily Schoen. He has also been part of various modeling projects.

The actor rose to fame after portraying in the television miniseries Fosse/Verdon in 2019.

Just in 2020, he played the significant role of Oren Lennox in the drama-mystery television series Tiny Pretty Things. He played alongside Kylie Jefferson, Casimere Jollette, Brennan Clost, and more.

As of 2022, the actor has amassed a $10  million value of total assets from his career. He also receives a good earning from his dancing career. However, its detail is not available.

The actor is more focused on building his career and doesn’t get involved in any type of controversies. Likewise, he has also been far from any rumors.

Barton stands with a height of 6 feet and weighs around 73 kg. He has brown colored hair with beautiful hazel eyes.