Updated On November 21, 2022 | Published By: Daniel Miranda
Share this
Single 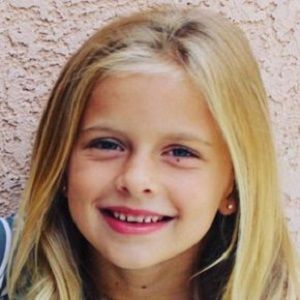 Cute and adorable Baylie Cregut is only seven years old. She is too young to be in a relationship with someone.

Baylie Cregut is an American child TV actress. She is best known for her childhood role as Hope on the Fox sitcom Raising Hope (2011-2014).

Cregut also appeared during her infancy in an episode of the American TV series Desperate Housewives. She and her identical twin sister, Rylie Cregut shares the role of Hope on Raising Hope.

Baylie Cregut was born on February 12, 2010, in Ventura, California, United States. She is an American by nationality, but her ethnicity is North American.

There is no information about her parents. She has an identical twin sister named Rylie Cregut. The sisters were raised in Ventura, California. Besides acting, she is interested in gymnastics and swimming.

She also enjoys hanging out wither her twin sister Rylie, with different musical instruments like Piano, books, and the pool!

There is no information on her education or schooling yet.

Cregut first made her television debut when she was an infant. She first appeared on TV during her infancy in an episode of Desperate Housewives.

She rose to fame when she was cast for the childhood role as Hope on the Fox sitcom Raising Hope in 2010.

Baylie portrayed the character in the sitcom from 2011 to 2014 and completed 77 episodes. Her role is shared with her identical twin sister.

The twins were named one of the top child actresses in 2011-2012 by Yahoo! TV. She is loved by everyone for her charming looks.

Baylie Cregut: Salary, and Net Worth

Her salary and net worth are undisclosed as she is just a child.

Baylie has green eyes and blonde hair. Other information on her body measurement like height, weight, shoe size, dress size, etc. is unknown.