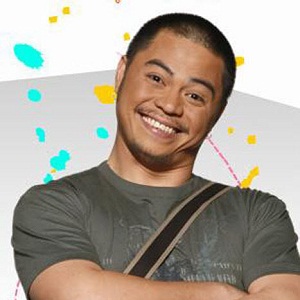 Bearwin Meily is a married person. He met an actress, Lara Mae Meily in one seminar and fell in love.

After being in the relationship for several years, they finally married.

Bearwin Meily is a Filipino actor. He has appeared in acting projects like “Bubble Gang”, “Darna”, “Home Sweetie Home” and “The Fighting Chefs.”

He was born to Filipino parents on April 4, 1976, in Manila, Philippines. He has an Asian ethnicity.

His mother’s and father’s details are not known. He has two brothers named Mark and Dominic.

Bearwin Meily made his T.V debut in 1991 with a show titled “Palibhasa Lalake” as himself. He was associated with the show until 1996. From 1996 to 1999, he worked on another T.V show titled “Richard Loves Lucy”.

Meily’s first film was in 1997 titled “Hari Ng Yabang” as ‘Bearwin’. He also appeared in several low-rated films at the initial phase of his career including “Hey Babe”, “Bakit ‘Di Totohanin”, and “Tunay Na Tunay: Gets Mo? Gets Ko”.

He was highly popularized in the year 2003 after appearing in a show titled “You and Me Against the World” as ‘Dirty Harry’. In 2005, he appeared in three successful films titled “I Will Always Love You”, “Tatlong Baraha” and “Shake, Rattle & Roll 8”.

Currently, there are no rumors or scandals regarding Meily’s personal and professional life.

Bearwin Meily has a height of 5 feet 7 inches tall and weighs 70 kg.

His hair color is black and his eyes are dark brown color.