Beau Brooks is a social media personality. He is also an actor. Beau is not dating anyone currently.

Beau Brooks’ current relationship status is possibly single. The music artist is quit secretive while it comes to his personal life.

However, there were rumors that he had a hook up with the actress, Stella Hudgens.

Apart from that, he is focused on his career as a music artist. 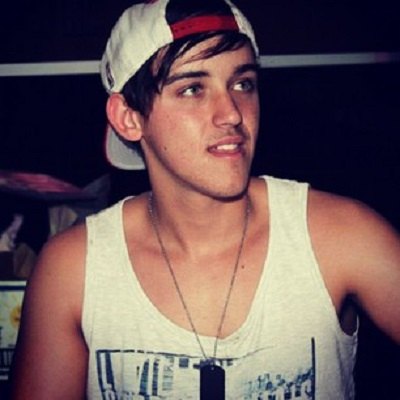 Who is Beau Brooks?

Australian Beau Brooks is a YouTuber personality, singer, and actor. Brooks is renowned as a member of The Janoskians.

Beau Brooks was born on the 31st of July 1993 in Melbourne, Australia. His mother, Gina Brooks is of Italian-Jewish-Germanic ancestry.

He is the eldest among his two siblings, Luke and Jai. They are twins and share the same birth date which happens to be the 3rd of May 1995. They are also YouTube personalities and active members of the YouTube group, The Janoskians.

He started his career as a YouTuber with the YouTube channel, Janoskians. The channel was created on the 7th of July 2011 along with his brothers and best friend, Daniel Sahyoune.

The channel’s very first video, Break Up To Make Up earned the 770k video. The very first video on the channel went viral. From the second video, they started earning millions of views. The funny comic and dare videos gripped the attention of many people which made the group a YouTube sensation.

Currently, the channel has 2.66 million subscribers with 274 million views. Apart from that, the group has other secondary channels like JanoskiansVEVO, JanoVlog, and Daresundays. However, he is not as active as before as YouTuber now.

In 2010, he debuted as an actor with the TV series, Ave 43. In the series, he played the character of Dagg for three episodes. After that, in 2016, he appeared in Lauren Against the Internet for a single episode. The same year, he also featured in the TV series, Sleep Tight.

In 2018, he debuted with the comedy-drama, Hope Springs Eternal. Following the movie, he appeared in the movie, Public Disturbance along with the members of Janoskians.

The talented actor is also a Music artist. In 2012, he released his debut singles, Set This World on Fire along with his group. The singles peaked at 19 in the Australian Peak Chart Position. In the following year, he launched the singles like Best Friends and Real Girls Eat Cake under the album, Would U Love Me.

He is a blue-eyed brunette. His height is 5 feet and 8 inches.

Beau Brook along with his group, The Janoskians have been often criticized for some of the pranks they played on the strangers. The group was also criticized for making reckless and dangerous prank videos.

His self-titled YouTube channel has 35.5k subscribers with 389k views.