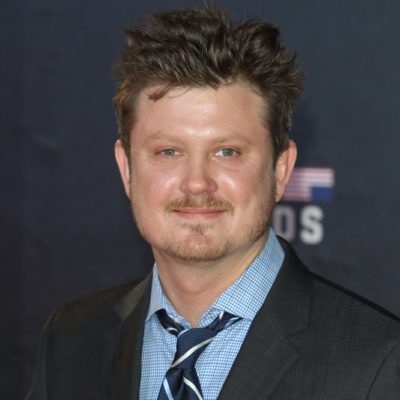 I was the worst student by far in our group. A lot of these people had known they wanted to be playwrights forever. I didn't know a soul in the theater world, and I didn't have the faintest idea how to truly write a play. But I quit drinking then and really committed myself to this path.

The creative act is fundamentally a selfish one. We all have our biases, our prejudices, our political views, our agendas as people, but I don't think that's why you get up in the morning to bang your head against the wall all day long to try to figure out the irrationality of the human soul.

A lot of bad writing focuses on causality. It's this Freudian psychoanalytical bullshit: 'What is the A that led to the B?' And more often than not, the reasons are never explained, or they don't have identifiable points of origin.

What is the relationship status of Beau Willimon?

To date, he has not introduced anybody as his wife, girlfriend, or lover.

He loves to keep his professional and private life separate from each other.

Being a very private person, he has not shared any details on her previous relationship or dating history. If there is any detailed info about her relationship then it’ll be updated soon.

Who is Beau Willimon?

American Beau Willimon is an Academy-nominated Scriptwriter, playwright, and producer.

He is renowned as the Scriptwriter of Netflix’s series, House of Cards.

Currently, he is serving as the president of the Writers Guild of America, East.

Currently, the series is in the stage of post-production. Also, his documentary, Westerly is being post-produced too.

Beau Willimon was born on the 26th of October 1977 in Alexandria, Virginia to an army family.

His birth name is Pack Beauregard Willimon. He is of British-Irish ethnicity. As of 2021, He is 43 years old.

His father, Henry Pack Willimon is a former Navy Captain for the United States.

Due to the profession of his father, he has to travel on a frequent basis with his mother, Nancy Willimon, and sister, Gwen.

Hence, he grew up traveling in Hawaii, San Franciso, and Philadelphia.

Talking about his educational background, he completed his high school education at the John Burroughs School.

During their high school days, he was a student of drama.

Moving forward, in 1999, he graduated from Columbia University with Honors in Arts.

After University, he was involved in politics for some time intervals as an intern and volunteer.

In those days, he worked Senate Campaigns of Charles Schumer and Hillary Clinton, in 2000 Presidental Campaign for Bil Bradley.

After that, he joined the School of the Arts in Columbia.

From the University, he earned a master’s degree in Fine Arts with a major in Playwright.

After graduating from the University, he got engaged in some odd jobs like gallery and painter’s assistant, barista, and teaching instructor.

Later, he enrolled at the Juilliard School. At the time, he was active in the 2004 presidential campaign of Howard Dean too.

When he was in Juilliard School, he started working for the play, Farragut North.

The play was based on his experience during the presidential campaign of 2004.

Later, in 2008, the play premiered in Off-Broadway. For that, he received was nominated for the John Gassner Award.

After the success of the play, he wrote the plays like Lower Ninth, Zusammenbruch, Spirit Control, and The Parisian Woman.

In 2011, he entered the movie industry as the producer of the movie, The Ides of March.

The movie happens to be the film adaption of the play, Farragut North. Also, he was active as a scriptwriter too.

After that, in 2013, he expanded his career as a writer with the TV series, House of the Cards.

Also, he became the showrunner of the show for the first four seasons till 2016.

In September 2017, he was elected as the president of the Writers Guild of America, East with no candidate in opposition.

The following year, he produced and wrote the script for the series, The First for Channel 4.

The same year, he wrote the script for the movie, Mary Queen of Scots.

In 2019, he was re-elected as the president of the guild again. Last, in 2020, he produced the documentaries; Lights of Baltimore and By Hand.

However, he signed a first-look deal with Entertainment One in 2021.

As of now, he has managed to maintain his dignity as the president of the Writers Guild of America East.

To date, he has not been through any sort of controversy or scandal that created headlines in the media.

Also, he has managed to be far from any type of rumors too.

He has a decent height and an average weight. However, details on his body stats are not available.

You may also read the bio of Lin Manuel Miranda, Lisa Roberts Gillan, and Christopher Fitzgerald.